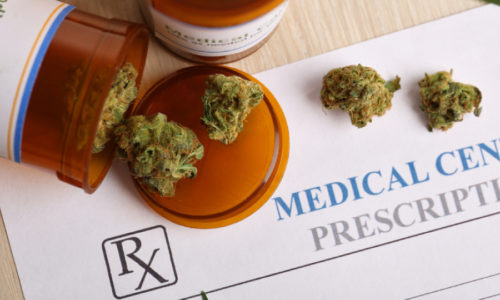 During her tenure as Second Lady of the United States, Dr. Jill Biden worked to shed a spotlight on the challenges facing military families. Through her Joining Forces initiative with former First Lady Michelle Obama, Biden called on Americans to support military families through a range of employment and wellness resources. Biden received a standing ovation at the 2017 Tony Awards at NYC’s Radio City Music Hall on Sunday, June 11. She was there to introduce a performance from the musical “Bandstand.” Set in 1945, the show tells the story of a musician leading a band of fellow veterans attempting to acclimate to post-war life and deal with post-traumatic stress disorder (“PTSD”). The more things change, the more they stay the same.

Right now, PTSD is not included on the list of diseases that can be relieved with medical cannabis in New York. PTSD remains the leading causes of death and disability within the veteran community. While the Democratic-controlled New York State Assembly recently passed a bill that would allow medical marijuana’s use to treat PTSD in the state, PTSD is not on the list of 11 illnesses that can be treated in New York with cannabis despite the fact that research shows it dramatically reduces symptoms of PTSD with little to no adverse consequences.

Under New York’s medical marijuana program, cannabis does not qualify for the treatment of PTSD even though it is recognized as a serious medical illness. This means that the estimated 340,000 New Yorkers who experience PTSD cannot use medical marijuana to relieve their suffering, which has been proven effective in treating the condition. New York, supposedly one of the most advanced, innovative, and cosmopolitan capitals of the world, is actually an outlier by excluding PTSD from its medical marijuana program. Of the 29 states with legal medical marijuana, 24 make it available to those with PTSD.

A 2016 study found about 20 veterans a day commit suicide in the United States, many of them suffering from PTSD. In a major split from the Trump administration, Veterans Affairs Secretary David Shulkin said medical marijuana could help veterans. Attorney General Jeff Sessions is a vehement opponent to all marijuana use, saying applications for medical marijuana have been “hyped.” Shulkin pointed out that the VA is barred by federal law from giving veterans prescriptions for pot to help deal with issues of depression and suicidal thoughts.

Congress recently changed the rules so VA doctors can now discuss medical marijuana with patients in states where it’s legal but they still cannot prescribe cannabis. The American Legion, one of the nation’s most conservative veterans’ groups is appealing to President Donald Trump to reclassify marijuana to allow large-scale research into whether cannabis can help troops suffering from PTSD.

The opioid epidemic that continues to grip veterans is yet another reason to relieve the federal government’s obsolete attitude toward marijuana. Marijuana is a non-addictive solution to the most common debilitating conditions our veterans face, including PTSD.