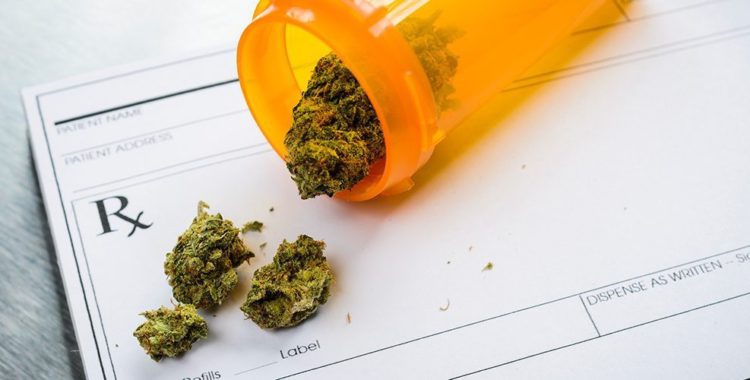 In my twenty-plus years of trial experience, I have always found it pivotal in winning my cases to state the problem to the jury and then, through compelling examples, provide workable solutions. New York State has approved a medical marijuana program but this isn’t cause for celebration. Since January 2016, only 12,000 have been qualified to take the drug, which means .04% of the total population of New York. In comparison, more than 51,000 people in Maine — 3.84 percent of the state’s 1.3 million people — use cannabis for medical reasons.

New York’s medical marijuana program is one of the most restrictive in the nation: Practitioners are forbidden from recommending marijuana if they believe their patient’s pain will ease in three months or less. There is also no public list of certified physicians, so people desiring help have little to no access point to this form of healthcare and relief.

“The U.S. Congress made the possession of marijuana in every state — and the distribution — an illegal act. If that’s something that’s not desired any longer, Congress should pass a law to change the rule,” Alabama Senator Jeff Sessions said during his confirmation hearing. The latest U.S. Attorney General is right. It’s about time the Drug War ended with an act of Congress so that we don’t have this haphazard set of laws, poor medical research, and lack of uniformity within the states.

Today, 28 states and the District of Columbia authorize the plant’s therapeutic use by qualified patients in the form of robust medical marijuana laws, and eight states, encompassing some 20 percent of the U.S. population, also regulate its use and sale to adults. Scientists nationwide, including those who view marijuana as beneficial and those who are skeptical, argue that the government’s stance unnecessarily hinders research.

“I understand the cautious nature of the government, whose role is basically to protect its citizens, but it is disappointing that marijuana continues to be included on the DEA’s list of the most dangerous drugs,” says Dr. Yasmin Hurd of Mount Sinai in New York, who studies the effects of marijuana on the brain.

The University of Mississippi has had an exclusive license with the U.S. government to be the only one to grow cannabis for federally sanctioned research. American scientific research into the potential health benefits of cannabis is biased towards delivering negative results due to the influence of the National Institute on Drug Abuse (NIDA). The NIDA, a federal research institute and part of the U.S. Department of Health & Human Services’ National Institutes of Health, has obstructed marijuana research by approving fewer studies that concern the therapeutic properties of cannabinoids.

From 1968 to 2016, researchers could only use cannabis grown at the University of Mississippi for their studies. Cannabis produced at the University of Mississippi is often frozen after being harvested years earlier, which diminishes the quality of the cannabis. The imperfect supply of cannabis for U.S. researchers is discouraging, since researchers have only one option for getting the drug. The variety and potency of products available from this lone source has lagged behind what patients can obtain at state-legalized dispensaries.

Suddenly, last summer the Drug Enforcement Agency (DEA) said it would allow other entities to grow marijuana for research, but it’s not clear whom those entities would be or how hard it will be for them to earn approval. The DEA is no friend to the cannabis community: In 2016 it declined to remove marijuana from their Schedule I list of dangerous drugs with no acknowledged medical benefits despite the fact there is substantial evidence that marijuana or related compounds can effectively treat chronic pain, nausea caused by chemotherapy treatment for cancer, and spasticity caused by multiple sclerosis.

It’s actually quite amazing – and scary – how little we really know about the medicinal benefits of a plant that has been used for thousands of years, and it’s not for lack of proof. The bar is just too high. Doctors and other health advocates are encouraged to advise patients that marijuana is a last resort when painkillers provided by Big Pharma have failed.  Last time I checked, the drugs supplied by Big Pharma were killing our nation’s youth. For the DEA and Big Pharma, garbage in, garbage out.