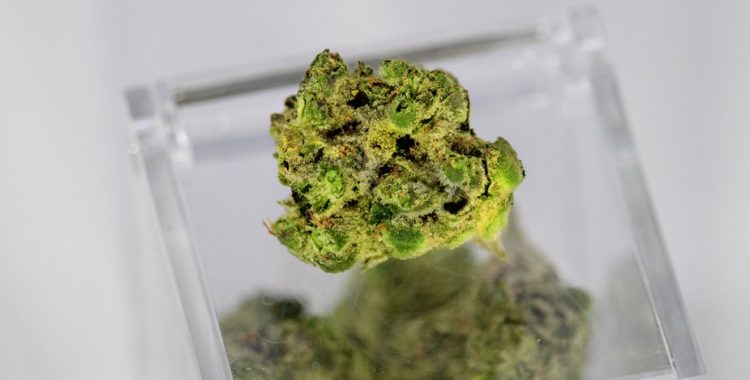 While the support for the modernization of America’s cannabis laws continues to catch fire across these United States, some states seek to turn back the clock on criminal justice reform and double down on their efforts to renew the War on Drugs, including cannabis products.

A duo of states seek to maintain the criminalization of cannabis while the GOP abandons the known will of their voters.  Remember, in days gone by, Republicans claimed to be the party of limited government and personal responsibility, but a look at the cannabis question in these communities shows otherwise.

Idaho Republicans ought to stick with the spuds and leave well enough alone when it comes to cannabis. Expressing firm opposition to the several dozens of states legalizing recreational or medicinal marijuana over the last few years, the Idaho Senate approved a proposed constitutional amendment for the ballot that would prohibit the legalization of cannabis and other psychoactive drugs in the state.

As of this writing, even medical marijuana is off the table for Idahoans.  Decriminalization, too, looks unlikely in Idaho, which isn’t surprising given the disproportionate impact the War on Drugs has on people of color.  As for the revenue generated by legalization, in the hundreds of millions, Idaho just says no.

If the constitutional amendment succeeds, it would prohibit the legalization of cannabis or any other psychoactive drug not approved by the U.S. Food and Drug Administration.  Senators claim states with legalized marijuana have experienced a decline in health, crime increases, and expenses that outweigh tax revenue from regulating sales.

Claiming that laws against cannabis use actually impact consumption is empirically false, and the idea that putting people in jail over its use says more about the decision makers than the decision itself.

If the House approves the legislation – Republicans in the Idaho House of Representatives hold a strong majority – with the required two-thirds majority, it would go before voters to decide in 2022, where it would need a simple majority of votes.

Republicans in Idaho use the same anti-drug rhetoric Ronald Reagan used some forty years ago. “Senators, we have a duty to protect our children, our families, our communities from the scourge of drugs and the drug culture which we have seen go clear across this nation,” Republican Sen. Scott Grow said on the Senate floor for the legislation he sponsored.

Sen. Grow is one of Idaho’s Mormon legislators who claims to be acting to protect children (he has 8 of them) against the scourge of drugs under the false premise that keeping cannabis illegal will reduce the number of joints smoked in his jurisdiction.

Sen. Grow, if you’ve seen a map recently, you share borders with states where you can buy both recreational and medical cannabis.  Plus, if you are up for a road trip, you can gather your supplies in California.  Hopefully the registered voters will reject Sen. Grow’s efforts, and instead plant their flag in the 21st century, by voting against this amendment.

Welcome to South Dakota, a state dealing with a methamphetamine crisis that is so out of control, South Dakota adopted a campaign against it, styled “Meth. We’re On It.” That’s not a joke.

The proof of South Dakota’s failure to manage drug use is in the pudding, given that twice as many teenagers ages 12 to 17 reported using meth in the past year than the national average.  Even worse, 83 percent of court admissions for controlled substances in 2019 involved meth.

In the cannabis world, Republicans continue their support of maintaining cannabis prohibition in South Dakota despite voter insistence that it should be legal.  South Dakota voters approved Amendment A, which legalized recreational marijuana, by a 54 percent to 46 percent margin in November 2020.  A separate ballot measure legalizing marijuana for medicinal purposes passed with a whopping 70% of the vote.

However, Republican Gov. Kristi Noem unilaterally decided that the state’s voters made the “wrong choice.”  Gov. Noem is setting up a battle between herself and her own constituents who overwhelmingly voted to legalize cannabis.  Rather than accept the will of the voters, Gov. Noem stifled the vote by attacking the constitutional amendment on technical grounds.

Circuit Court Judge Christina Klinger, a Noem appointee, ruled that a voter-approved constitutional amendment violated a rule that ballot measures cover only a single subject, and that it does not conform to rules governing the way the state constitution is amended.

Possessing small amounts of marijuana would have become legal in South Dakota on July 1, but that will not happen unless a higher court overturns the Circuit Court’s ruling.  To that end, South Dakotans for Better Marijuana Laws, the group that backed the cannabis amendment, pledged to appeal the court ruling to the South Dakota Supreme Court.

Thirty-six states, the District of Columbia, Guam, Puerto Rico, and the U.S. Virgin Islands have approved medical marijuana programs. Fifteen states and three territories have legalized recreational marijuana.  These states and territories are making sound decisions to legalize recreational or medicinal cannabis as you can see from their robust financial systems, successful criminal justice reform measures, and health-conscious constituencies.