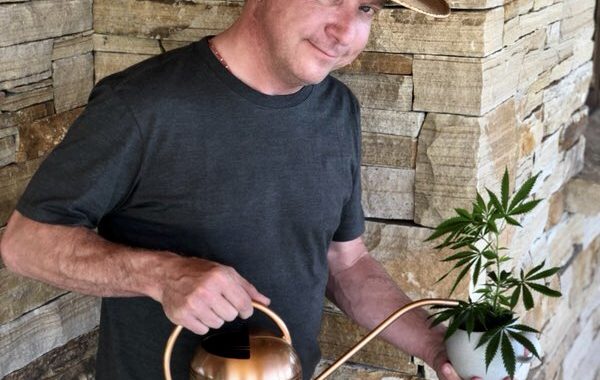 2020 has been one for the record books.  In 2021, cannabis can be a solution to some of the problems posed by COVID-19 and racial injustice.  My top wish list selection would be for President-elect Joe Biden to enthusiastically approach cannabis legalization at the federal level.  Once Biden is sworn in, what a dream it would be if he ended the disastrous War on Drugs.

Democratic leaders have pledged an end to federal marijuana prohibition, and now that Republicans lost control of the Senate, the Biden administration could have an opening to move in on major marijuana reform.

Senator Chuck Schumer (D-NY), who will be the Senate Majority Leader, has a history of introducing comprehensive reform of marijuana laws, including the Marijuana Opportunity Reinvestment and Expungement (MORE) Act, as well as the Secure and Fair Enforcement Banking Act (SAFE Banking Act), which was introduced as a proposed add-on to COVID-19 legislation.  The SAFE Banking Act is a bipartisan bill seeking to align federal and state “banking services access” laws by prohibiting federal banking regulators from penalizing banks and credit unions servicing marijuana-related businesses.

Previously, Joe Biden had been a “tea teetotaler” when it came to support for any mood-enhancing or mind-altering substances.  His father battled alcoholism and his son fought addiction to cocaine.  Going with an “oldie but goodie,” the President-elect had promoted a gateway drug theory about cannabis being the first step to more hard core, dangerous drugs.

As a result, my wish list for cannabis reform is just that – a desire for cannabis reform and most likely, rescheduling – because I’m under no illusion cannabis will be legalized under Biden.  In 2021, cannabis is not just about the high; it’s about the economy, racial justice, and a culture worth fighting for.

The threat of a deep, national recession should signal to lawmakers it’s time to look at ways to steer the American economy so it doesn’t fall off a cliff.  The economic waters are exceptionally rough, and to not explore every possible revenue stream would be a huge disservice to citizens.  Many local and state leaders in cannabis-friendly states are relying heavily upon the tax income it mines from all those cannabis flower and THC-gummy bear sales.

Cannabis reform is key to an economic recovery post-COVID.  Repealing the prohibition of alcohol in the 1930s served as a major catalyst to help create millions of jobs and generate the equivalent of billions in tax revenues during the Great Depression.  Now, states across the country are turning to cannabis businesses as a source of tax revenue and jobs creation.  States such as California, Colorado, and Illinois continue to set cannabis sales records.

National decriminalization in the United States could result in billions in tax revenue, and an estimated 1.5 million new jobs.  Unlike other businesses during COVID-19, people still ordered both recreational and medical cannabis during the lockdowns.  State’s weed windfall produced jobs and tax revenue that is too significant to ignore.

2020 has brought deep-rooted systemic racism in our country to the forefront.  The names George Floyd, Breonna Taylor, and Ahmaud Arbery are nationally recognized.  These high-profile, fatal incidents of violence against Black people have prompted widespread protests and a national discussion about systemic racism.

Our criminal justice system reveals that communities of color bear the brunt of our nation’s most egregious and unjust cannabis policies.  Despite cannabis usage rates between whites and non-whites being similar, Blacks are arrested for cannabis offenses at a rate of nearly 4:1, compared to whites.

People of color are historically targeted by selective enforcement and discriminatory sentencing practices.  The War on Drugs has been a tool to target Black and Brown people, and change life trajectories in those communities for millions of people.  This means that, in the middle of a pandemic, thousands of people of color are currently stuck in crowded, unsafe prisons for minor drug offenses.  We must restore the lives of those hurt by these prejudicial policies of the past.

Once we come out of this hellish coronavirus ordeal that has claimed the lives and livelihoods of millions of Americans, people will want out of their homes.  Dining out is vital to our community, experiences, humanity, and sanity.  Public cannabis consumption spaces, known as “social consumption lounges” or smoke clubs will thrive in a post-COVID world.  They fill a gap in society that protects the consumer and gives them a place to enjoy marijuana products worry-free without breaking the law.

Cannabis lounges allow patrons to safely use products that they purchased on-site.  Some cannabis lounges in recreational cities like Denver are private clubs that require you to pay a fee but they are well worth it; these membership clubs build a strong sense of community that is missing in a coronavirus world.

Cannabis lounges are changing the culture and education around the plant and its many uses.  These are stylish, elegant, comfortable, and welcoming spaces.  (Cities like San Francisco, Oakland, and Denver require smoke lounges to have air filtration systems for the comfort and safety of patrons’ experiences.)

My wish is that we find a new humanity and a new kindness as it relates to cannabis in 2021.  There are many reasons to be hopeful in the new year.