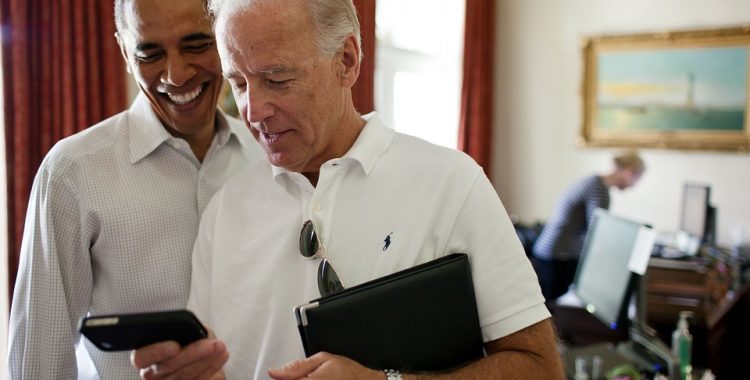 About a year ago, I wrote a blog warning of Joe Biden’s lukewarm embrace of cannabis legalization. After a super Super Tuesday showing, Joe Biden is sitting atop a pretty powerful perch in the Democratic Party. It’s a historic comeback no one saw coming. The 77-year-old, former Vice President, went from being a joke to a juggernaut.

The Democratic presidential contest is now a two-man (literally) race. Vermont Sen. Bernie Sanders went into Super Tuesday the front-runner, but Biden rode a surge of momentum out of his win in South Carolina. There is a sharp contrast between the candidates, especially on their ideologies surrounding cannabis legalization.

Biden remains firm that he wants scientific research to support his decision to legalize cannabis, saying he is “not prepared to [legalize] as long as there are serious medical people saying, ‘We should determine what other side effects would occur.’”

As Biden inches closer to the Democratic Party nomination for president, he remains unwilling to take the final step of supporting full legalization.

Meanwhile, Sanders has cannabis legalization in his plan for the first 100 days in office should he be elected president. According to his campaign website, Senator Sanders wants to legalize adult use of marijuana federally as well as vacate and expunge past convictions.

On the campaign trail, Biden has claimed that he would decriminalize cannabis, expunge some cannabis-related records, make medical marijuana legal, and create opportunities for more research on medical marijuana.

Biden goes back and forth on whether he believes cannabis is a gateway drug. It should also be noted that in the 1980s and 1990s, Biden was one of the key architects of the War on Drugs.

EJ Dickson of Rolling Stone wrote, “Sorry, stoners, but when it comes to marijuana legalization, Biden is basically the worst candidate in the race.” Initially, Biden opposed federal marijuana legalization. According to Politico, Biden now says, “I think it is at the point where it has to be, basically, legalized.” Should I translate that clumsy statement to mean leave it to the states to decide legalization?

Biden, who has a history of going off script, may very well do so on the cannabis question. But the fact that he’s lagging behind on a wedge issue that should be a foregone conclusion is not smart politics. This is an easy one, slow Joe – embrace cannabis legalization and you’ll capture the hearts and minds of many Bernie Bros.

Marijuana prohibition started roughly 80 years ago when the federal government banned the sale, cultivation, and use of the cannabis plant. It remains illegal at the federal level. Overturning prohibition is one of the few ways for candidates to get widespread support. This is an easy call, folks. According to a recent Pew poll, 67% of Americans think marijuana should be legal, and 91% support making medical marijuana legal.

If Biden has evolved on the cannabis question, learned the harsh lessons from the War on Drugs, and recognized cannabis is a far better medicine than opioids, I would respect that. But has he? I’d prefer someone who is an enthusiastic supporter rather than a neutralist. Pick a lane, Biden.