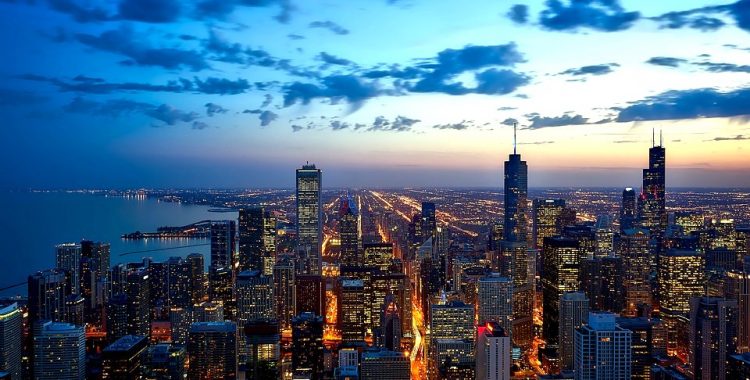 $20 million of recreational marijuana has been sold in Illinois since the start of 2020.

37 dispensaries sell recreational cannabis in Illinois, and we are just getting started..

Illinois is the 1st state to pass a bill legalizing the sale and possession of cannabis. (In 2018, Vermont lawmakers legalized possession only.)

Way to start the New Year off with a bong. Legalization is taking off in a big way in the Land of Lincoln and Obama. Dispensaries began selling cannabis flowers at 6 a.m. on New Year’s Day 2020, allowing residents 21 and older to purchase up to 30 grams of dried pot, five grams of cannabis concentrate, and 500 milligrams of THC in edibles. Non-residents can purchase half of each of those amounts.

Several marijuana stores have implemented buying limits due to a statewide shortage of flower. The plant can only be smoked in private residences and smoke shops, according to state law.

Illinois was the second state in the Midwest to legalize cannabis, following Michigan, where sales for recreational use began last month. As a native Midwesterner, I couldn’t be happier that Illinois is the 11th state to legalize marijuana, and they are doing so with criminal justice reform in mind.

The end to pot prohibition in Illinois passed with an emphasis on social equality, helping those hurt most by the War on Drugs. In fact, marijuana vendors in high-poverty, high-conviction neighborhoods will get preference in their applications. When they crafted new cannabis policy, Illinois lawmakers said they wanted to repair some of the damage caused by law enforcement’s efforts to combat the sale and use of the drug, particularly in minority communities.

Gov. J.B. Pritzker’s recent pardons of more than 11,000 people with low-level marijuana convictions has been enthusiastically lauded and applauded. Other states could benefit from emulating what Illinois has done with their roll-out of recreational cannabis. I’m talking to you, Florida.

Lt. Gov. Juliana Stratton tweeted: “For too long, IL residents, particularly those that are black & brown, have been targeted and criminalized for #cannabis possession. It’s not just a new year, it’s a new day.”

Democratic Gov. J.B. Pritzker remarked, “We are restoring rights to many tens of thousands of Illinoisans. We are bringing regulation and safety to a previously unsafe and illegal market. And we are creating a new industry that puts equity at its very core.”

At the start of a new year, many folks braved the cold and the snow to pick up their favorite products in Chi-Town and elsewhere across Illinois. Imagine if Florida, a state with year-round tropical weather, legalized cannabis? The problem is, Florida is experiencing gusty headwinds on the marijuana question.

Florida’s Republican Attorney General Ashley Moody stands in staunch opposition to a citizen-led cannabis legalization push. Last month, she filed a petition with the Florida Supreme Court, opposing the Make It Legal Florida citizens’ initiative. She claims that adults will not be “permitted” to “possess, use, and buy marijuana” and noted that “using and possessing the drug is and will still be a crime under federal law. Federal penalties for possessing the Schedule I Controlled Substance are and will remain significant.”

It strikes me as odd that the ones left out in the cold on the cannabis question will be Floridians. Isn’t it ironic?