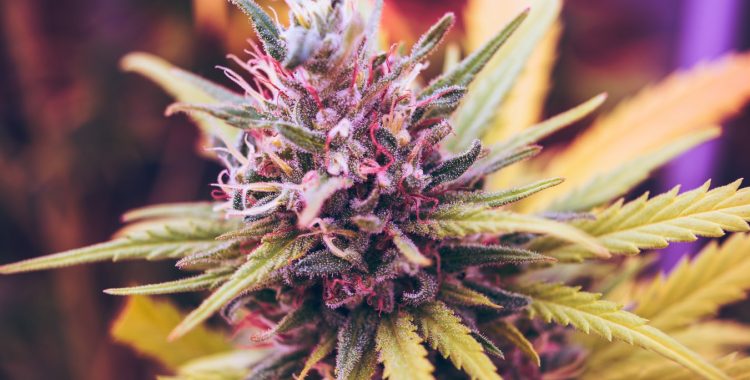 Nancy Reagan told us just say no. The U.S. has locked up blacks and Hispanics for marijuana usage at alarming rates compared to whites. The stigma associated with cannabis consumption is not going away overnight.

“I’m not a drug dealer. I just work in the cannabis industry.” This is a common refrain that I hear all the time from talking to people about cannabis. They implore me to tell my readers at NewsMunchies that the sativa stigma still exists.

If you have experienced cannabis success in business or utilized cannabis for its medicinal or recreational qualities, the fact remains that we still must often be forced to confront the judgement of friends, family members, and the public about our cannabis use. Why is breaking the grass ceiling and cracking through the cannabis haze so darn difficult?

As we’re living in a world of alternative facts and fake news, it’s no wonder that cannabis consumers and cannabis connoisseurs want to minimize the stigma and misinformation surrounding marijuana use in the public’s perception.

The Drug Enforcement Administration (DEA) currently categorizes marijuana as a Schedule I drug, defined as substances having “no currently accepted medical use and a high potential for abuse.” The Trump administration seems to reinforce ideas that were being propagated in the 1970s by Richard Nixon. (I beseech you to see the parallels between Nixon and Trump.)  As a Schedule I drug under the Controlled Substances Act, the harshest of five government classifications, our federal government has placed the strictest regulations on any medical testing. Yet more than half of the population in the U.S. lives in a jurisdiction where cannabis is legal under state law either for medicinal or adult-use purposes.

Here’s an exercise for NewsMunchies readers: I want you to talk to colleagues, friends, and family about who has been affected by the stigma; who has benefited from the stigma; what are the economic and human costs of the stigma; how do we overcome the stigma; and is there a difference between the stigma associated with recreational use vs. medical use?

Marijuana legalization in individual states has done a lot of things, but one thing it hasn’t done is stop racial disparities in the criminal justice system. In states where cannabis has been legalized and arrests have decreased dramatically, black people are still disproportionately arrested – even in pioneering Colorado – more than their white counterparts. This disparity is important and reinforces the thesis that marijuana stigmatization still exists. While it’s fine to celebrate the legalization and positive effects of cannabis, we can’t ignore that there are still minorities who are being ostracized by it and the legacy of racism within the cannabis community.

U.S. drug policy is certainly to blame for leaving a stigma attached to cannabis consumption in black communities. Fears of imprisonment or police brutality amongst African Americans is real. It’s not surprising that many African Americans are leery about cashing in on the legal cannabis industry either as business owners or consumers. Numerous reports show that the black community continues to pay a high price for the criminalization of cannabis in the criminal justice system even in states where marijuana is legal.

We must support the effort to remove cannabis from the Schedule I classification which equates cannabis to heroin. As a society, we have to undo decades of successful messaging of reefer madness and the stigma we have assigned to the people who have been entangled in the criminal justice system.