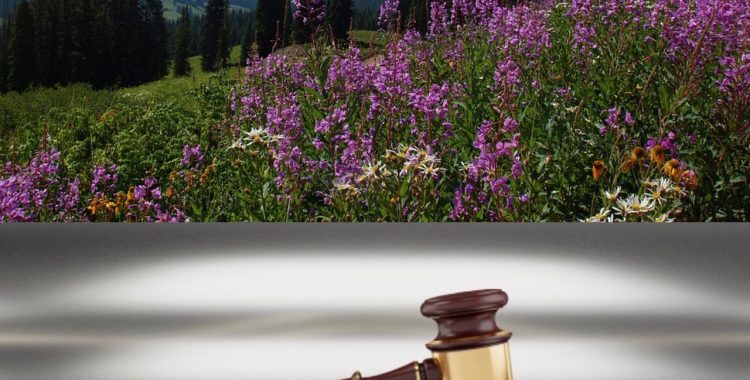 The uneasy coexistence between state cannabis laws and federal marijuana prohibition continues.  Hope and Michael Reilly are at the center of an historic lawsuit involving legally grown cannabis. The jury trial of their case began this week in Denver, Colorado on October 29, 2018.

The law involves the ability of private citizens (here, Hope and Michael Reilly) to sue neighboring marijuana growers (Alternative Holistic Healing, LLC) under the federal RICO statute, on the theory that the cannabis growers are interfering with the neighbors’ use of their land.  In clearer and potentially scarier terms, could you, as a grower in a state where marijuana is legal under your state’s law, but be sued under the same rule (RICO) that brought down John Gotti?

The Reillys own several lots in a Rye, Colorado, development called the Meadows at Legacy Ranch, which are more than 100 acres of rolling pasture with sweeping mountain vistas. A marijuana grow operation owned by Alternative Holistic Healing is adjacent to the Reillys’ property.

The suit filed by Pueblo County ranchers against a cannabis-growing facility on adjacent land was initially thrown out by a judge who ruled they didn’t have standing to sue under the racketeering law. However the 10th U.S. Circuit Court of Appeals disagreed, reinstating the complaint.

In 2017, the U.S. Court of Appeals for the 10th Circuit held in Safe Streets Alliance v. Alternative Holistic Healing, LLC that the Reillys could sue “racketeering” enterprises that injure their “business or property.” The 10th Circuit concluded that cannabis growing or distribution that is a felony under federal law qualifies as racketeering activity.

The court found that the Reillys adequately alleged the marijuana growing operation by Alternative Holistic Healing was the proximate cause of the injuries to their property because the injuries are “direct byproducts of the location and manner in which the Marijuana Growers are conducting their operations that purportedly violate the CSA.”

The Reilly’s claim “pungent, foul odors” from a neighboring indoor marijuana grow have hurt their property’s value and their ability to use and enjoy it.  The suit further alleges “growing recreational marijuana is ‘noxious, annoying or offensive activity’ by virtually any definition because marijuana plants are highly odorous, and their offense smell travels long distances.”

Meanwhile, a lawyer for Alternative Holistic Healing plans to argue the couple’s property has not been damaged, relying in part on the county’s tax valuations of the Reillys’ land, which ticked up over time. Insurance companies and other entities originally named in the Reillys’ suit have reached financial settlements out of court.

But the 10th Circuit’s decision to hold that the Reillys properly pled the elements of a RICO claim means that they are allowed to proceed to the district court.  The suit could have far-reaching effects on the U.S. marijuana industry if a jury sides with the Reillys.

In 2012, the citizens of Colorado passed Amendment 64 to the Colorado Constitution, which permits the personal use of marijuana for those twenty-one and older.  Congress created the Racketeer Influenced and Corrupt Organizations Act — better known as RICO — to target the Mafia in the 1970s, allowing prosecutors to fight racketeering activity and eliminate organized crime through criminal and civil remedies. The anti-racketeering law likewise allows private parties to file lawsuits claiming their business or property has been damaged by a criminal enterprise.

Courts construe RICO liberally, applying it to a wide range of criminal activities and cannabis continues to be illegal under federal law. RICO contains a civil remedies provision that “vests a private citizen with substantive rights to avoid ‘injuries’ to ‘his business or property’ caused by a pattern of racketeering activity.”  Opponents of the marijuana industry are using RICO laws against cannabis companies.

This lawsuit is a potent reminder that although marijuana has been decriminalized and regulated by various states it remains forbidden by federal law, which means that legal state cannabis businesses (and their owners) might still face federal charges.  Regardless of how this trial turns out, the Tenth Circuit’s holding set the framework for future property owners to bring a RICO claim against marijuana businesses.

RICO is an unfortunately helpful tool to use for an anti-legalization plaintiff, because it allows the plaintiff to bring an action in federal court, which is more appealing to plaintiffs, because a state court may be more sympathetic to the marijuana industry.  A verdict in favor of Hope and Michael Reilly would emphasize the precarious nature of legalization laws in Colorado and other such states.