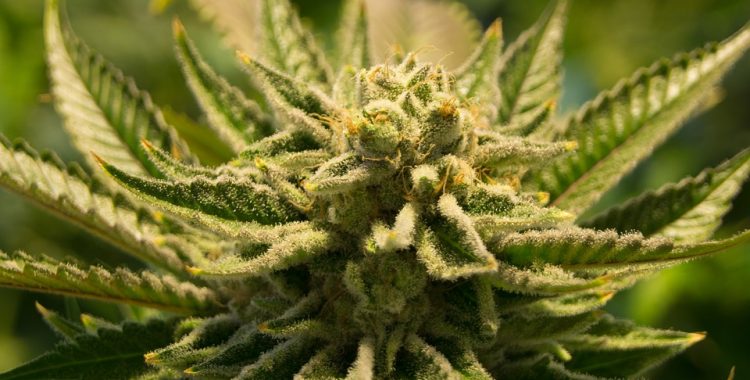 “The evidence is overwhelming that marijuana can relieve certain types of pain, nausea, vomiting and other symptoms caused by such illnesses as multiple sclerosis, cancer and AIDS. And it can do so with remarkable safety. Indeed, marijuana is less toxic than many of the drugs that physicians prescribe every day.” – Dr. Joycelyn Elders, MD, Former U.S. Surgeon General in “Myths About Medical Marijuana,” Providence Journal, 2004.

The push for legalized marijuana has moved into the most politically conservative states, namely Utah and Oklahoma.   It will be particularly interesting to see what happens in Utah, where Mormons account for about two-thirds of the population.  Mormonism prohibits the use of alcohol, tobacco, and illegal drugs. If the two measures pass, Utah and Oklahoma will join 30 other states that have legalized some form of medical marijuana. In fact, today medicinal cannabis is having a major renaissance moment.

This development in the State of Independence is worthy of remark. Dry leaf marijuana is said to be a less expensive option for patients. It is not as costly to produce, as it doesn’t need to be processed (unlike oils or extracts). “Allowing dry leaf for vaporization will shorten the time it takes to get medication to dispensaries, expand options for the growing number of patients, and hopefully make the program less cost-prohibitive,” explained Pennsylvania Gov. Tom Wolf.

As far back as 1997, Lester Grinspoon, MD, professor of psychiatry at Harvard Medical School, testified about medical marijuana before the Crime Subcommittee of the Judiciary Committee in the U.S. House of Representatives. He indicated, “Cannabis is remarkably safe. Although not harmless, it is surely less toxic than most of the conventional medicines it could replace if it were legally available.”

British drugmaker GW Pharmaceuticals is looking to capitalize on state medical marijuana initiatives in the U.S. It seeks permission to sell its purified form of an ingredient found in cannabis — one that doesn’t get users high — as a medication for rare, hard-to-treat seizures in children.

GW’s medicine Epidiolex, which is given as syrup, is a purified form of cannabidiol (CBD), one of the active ingredients found in marijuana. It contains less than 0.1 percent of tetrahydrocannabinol (THC), the substance that makes people high. If successful, the company’s liquid formula would be the first government-approved drug derived from the cannabis plant in the U.S.

Epidiolex’s cannabis-derived nature has been expected to be a sticking point in the approval process. But the FDA briefing documents raised no issues with the drug containing CBD, citing the FDA’s controlled substances staff’s conclusion that CBD “has a negligible abuse potential.” The briefing document also established that safety risks connected to CBD seemed acceptable, including risk of liver injury, which can be managed and monitored.

More than two-dozen states allow marijuana use for a variety of ailments, but the FDA has not approved it for any medical use. In 2016, the agency recommended against easing federal restrictions on marijuana. The U.S. continues to classify marijuana as a high-risk substance with no medical use, alongside other illicit drugs like heroin and LSD.

The Drug Enforcement Agency has listed marijuana as a schedule I substance not as a result of sound scientific proof. Marijuana doesn’t have a high potential for abuse, and there are legitimate medical applications. In fact, sometimes marijuana is the only thing that works.  Stay tuned.