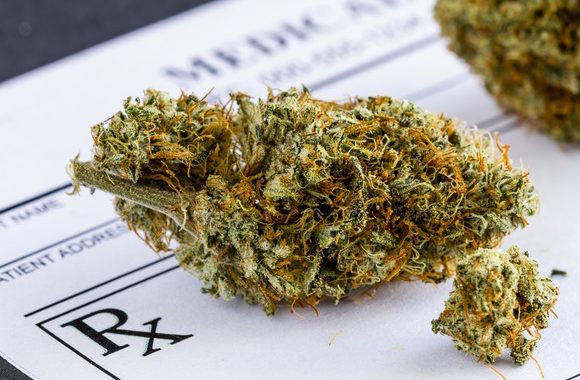 “I finally decided that I needed to advocate for the physicians being the decision makers,” said Sen. Siobhan S. Dunnavant, the chief patron of Senate Bill 726 that legalizes medical marijuana in Virginia. “We, physicians, are the ones that follow the literature and know which treatments are best for different conditions. The literature on medical cannabis is going to be evolving rapidly now, and because of this, it is not a decision that should be in the hands of the legislature. Instead, it should be with physicians.”

The Virginia state Senate unanimously passed a bill legalizing medical marijuana in the Commonwealth on February 5. The Joint Commission on Health Care will let doctors in Virginia use cannabis oil to treat any diagnosed condition or disease with a written certification. Currently, the law allows Virginians to use cannabis oil only for the treatment of severe epilepsy (“intractable epilepsy”).

The Virginia legislation will permit doctors in the state to prescribe cannabidiol oil or THC-A oil for any “diagnosed condition or disease.” This legislation may also successfully address the opioid crisis in Virginia, as legal medical marijuana undoubtedly reduces the number of opioid overdose-related deaths. Numerous studies suggest that legalizing marijuana decreases fatal opioid overdoses and medical marijuana saves lives. But President Trump and Attorney General Jeff Sessions don’t want to talk about those facts or statistics because they aren’t good for the business of Big Pharma.

The Virginia bill will go to Governor Ralph Northam (D), who has said he supports expanding the use of legal marijuana. That’s a different response, for sure, from the one elicited by my own state’s governor, Rick Scott (R).

“Some of my finest hours have been spent on my back veranda, smoking hemp and observing as far as my eye can see,” wrote the principal author of the Declaration of Independence and Virginia’s favorite Founding Father, Thomas Jefferson.

Virginia’s Senate approval of legislation on Monday allowing doctors to prescribe oils now makes Virginia part of the majority of states to approve medical marijuana. Under the legislation, Virginia’s doctors will determine which patients may use medical marijuana, as long as they have “any diagnosed condition or disease determined by the practitioner to benefit from such use.” Such language in the bill gives doctors the appropriate latitude to recommend medical marijuana as they see fit.

Thank goodness the Virginia Board of Medicine will be in charge of implementing the registration system for the program and not politicians who don’t possess a medical degree or have any training in scientific fields. That means stay out of our medical care, Jeff Sessions. Millions of marijuana patients will be able to get the help and care they deserve with medication that actually will make a difference. Old Dominion has made me proud.