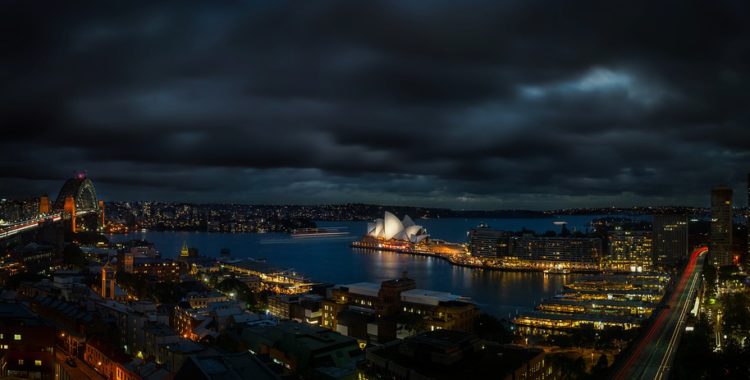 Everyone is talking about the California cannabis industry, and for good reason. Californians voted to legalize recreational marijuana, and the historic law permitting such use took effect New Year’s Day 2018, creating the largest legal pot market in the U.S.A. Hundreds of businesses applied for temporary licenses, but there has been a slow rollout.  In the coming months, I will study, investigate, and scrutinize the California cannabis experiment and bring my impressions and interviews to you. For today, let’s visit a global marijuana development sending shockwaves across the Pacific.

Our neighbors Down Under got the green light to start exporting medical marijuana products. It’s the country’s newest cash crop. The land that gave us Hugh Jackman, Cate Blanchett, Emu, The Great Barrier Reef, Uggs, AC/DC, Vegemite, Bondi Beach, the gravity-defying Sydney Harbour Bridge, and those endearing wombats has ushered in a new era focused on pot production.

Cannabis cultivation in Australia is still relatively small. Recreational use of marijuana is illegal in Australia. Rough estimates by the University of Sydney project that the legal industry is about $78 million, well below the $3.19 billion that Canada estimates its market to be worth. But the Australian government is doing something about that to help bridge the gap. Despite growing demand, only Uruguay, Canada, and the Netherlands have so far legalized the export of medicinal marijuana. Israel has said it intends to do so within months.

Here is some context about the aforementioned figures: U.S. cannabis consultancy company Grand View Research, Inc. last year forecast the global medicinal cannabis market would be worth $55.8 billion by 2025. The Australian government hopes domestic medicinal use, legalized last year, and exports will rapidly boost production. Being able to export will allow cannabis companies to have the scale to increase production.

This move aims to create a bigger market for locally produced medical marijuana so that there is a more stable and secure supply throughout the country. It will help safeguard that Australians benefit from a stronger, economically viable industry that is incentivized to develop world-leading medicinal cannabis products.  Industry insiders believe the stage is now set for Australia’s medical marijuana sector to enjoy a major windfall after winning approval to begin exports.

The Australian government’s announcement this week that it would allow medicinal cannabis exports needs the federal parliament to approve it upon returning to session next month, but the main opposition Labor Party has already signaled its support.

The proposed changes to Australia’s law will cover cannabis-based treatments such as oils, patches, sprays, and tablets that have the potential to relieve the pain and symptoms of a myriad of conditions. Greg Hunt, Australia’s Health Minister, stressed there will be no real government barriers at all to accessing medicinal cannabis for Australian patients.

A well-regulated, legal product always wins out to a poorly regulated, illegal one. Australia’s money markets also win with cannabis exports. Australian cannabis stocks surged – in the vicinity of 30-50% – following the government’s announcement this week to permit medicinal cannabis exports.

Hunt said he hopes Australia can be the world’s top supplier of medicinal cannabis. It’s a substance that’s been largely embraced by patients and, to some extent, medical professionals. According to the Centers for Disease Control and Prevention, prescription drug overdoses are the leading cause of accidental death in the United States.  Specifically, drug overdose deaths and opioid-involved deaths continue to increase in the United States. The majority of drug overdose deaths (more than six out of ten) involve an opioid. Meanwhile, cannabis can be an effective treatment for pain, greatly reducing the chance of dependence, and eliminating the risk of fatal overdose compared to opioid-based medications.

Medical cannabis patients report that cannabis is just as effective, if not more so, than opioid-based medications for pain. If given the choice, those suffering from chronic pain would prefer to use cannabis to opioids. Multiple studies have shown that pro-medical marijuana states have reported fewer opiate deaths and there are no deaths related to marijuana overdose on record.

“Our goal is to ensure that Australian producers have every opportunity to be the number one producers of the highest-grade medicinal cannabis in the world,” Hunt said. There appears to be a pot of gold ready for the taking in Australia.