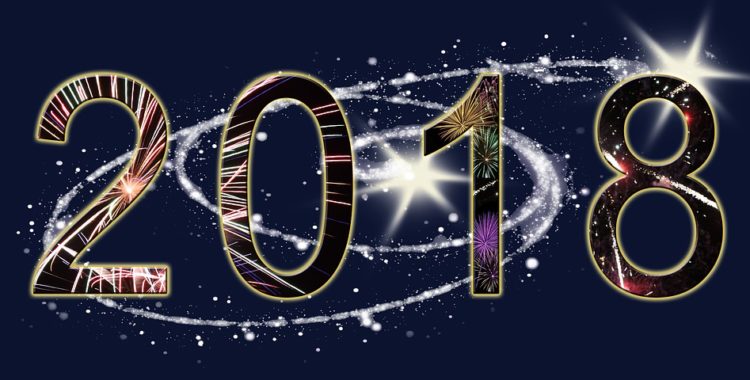 America is getting greener by the hour with more states legalizing cannabis for both medicinal and recreational purposes. But 2018 may be a tipping point — the moment when various state legislatures pass marijuana reforms. Above all, the American marijuana marketplace needs your continued support to overcome remaining obstacles like eliminating the stigma surrounding pot that has been employed by anti-marijuana bodies for over a century.

In the recent Senate election in Alabama, Republican candidate Roy Moore faced numerous allegations of sexual harassment and inappropriate conduct with minor girls. So Called Conservative voters with traditional “values” held each other’s hands, prayed together, and got out the vote.  Unfortunately for them, the number of people of color who came out to vote was stronger.  Doug Jones and Roy Moore, the two top candidates in Alabama’s special Senate election, accounted for more than 98 percent of the votes cast. Yet thousands of voters wrote in a candidate.

The latest Gallup poll shows support for legalization of marijuana at the highest point in nearly five decades, with even a majority of Republicans now favoring legalization.  Marijuana remains illegal under federal law, but it has been legalized by eight states and the District of Columbia. Many other states allow marijuana use for medicinal purposes.

If the write-in votes in Alabama can impact the outcome of what was likely the most closely watched Senate race in modern times, think about how powerful the Green Vote can be, both on the cannabis question and other issues focused on creating a limited government and the preservation of civil liberties.  Whether your hero is William F. Buckley, Jr. or Martin Luther King, Jr., the solution to government overreach is always the same:  Get out the vote and make legalization a reality. Many people believe that it is immoral for the government to dictate which substance a person is permitted to consume, whether it is alcohol, tobacco, herbal remedies, saturated fat, sugar, marijuana, etc. These decisions belong to individual people, not the government.

While you are waiting in line to vote, hop on PayPal and support organizations making a difference like Americans for Safe Access, the Marijuana Policy Project, and the European Coalition for Just and Effective Drug Policies.

It’s going to be another banner year for new cannabis experiences, including the opportunity to purchase cannabis in California without a license.  As of January 1, 2018, you can purchase recreational cannabis products in most California counties where medical marijuana has been legal for years.  This new industry is expected to bring in $4 billion a year.

Cannabis tourism is a thing and it’s thriving everywhere. While Congress has largely refused to roll back, or even debate, the federal prohibition on pot, marijuana tourism is booming across the U.S. Before you hit the slopes or enjoy a puff on the Pacific, stop by a dispensary and educate yourself.

If you are headed to California, make cannabis tourism part of your travel plans.  Between wine tastings in Napa Valley, add a trip to Wine Country Cannasseurs or Napa Valley Marijuana. Chefs, inventors, scientists, and investors have been teaming up to offer an impressive array of cannabis-infused food, beverages, and other pot products in preparation for legalization come January 1.

Planning on skiing?  Before hitting the slopes, travel to Denver to visit two of my new favorite dispensaries, including Livwell where you can pick up a new Yocan Evolve Plus Wax Vaporizer Pen that goes well with Incredible Extracts’ Black Label Shatter. Also trot on down to my favorite “smallest” dispensary called Walking Raven to relish Queen Mother Goji flowers.

Cannabis companies are succeeding because they are becoming more professional and transparent. Medical cannabis is also thriving as a result of medical research performed abroad that is bringing knowledge, expertise, and new products to the U.S.

Cannabis curious? A cannabis festival is a superlative way to experiment and experience cannabis. If you are a cannabis consumer who has wanted to travel to a state where you can purchase recreational cannabis legally, a fun way to jump in is to attend one of the many annual festivals that celebrate and educate folks about cannabis.

I have been to several Cannabis Cups sponsored by High Times. This year, High Times added Spain to the already impressive list of locations.  You can attend The Hemp & Cannabis Fair too.  If you are in the south, look for the Sweetwater 420 Fest in Georgia, where it may be illegal to consume, but you will be among friends doing the same.

Let me address the issue of being at a festival where most of the people present are actively consuming marijuana.  If you’ve ever been to a craft beer festival or a wine festival, you can expect to encounter heavily intoxicated people.  In contrast, cannabis festivals tend to draw a laid back crowd that includes a community of positive people enjoying pot.  Alcohol festivals and sports gatherings where large amounts of alcohol are provided create drunken buffoonery.  That’s not an alternative fact.

I was at the first Colorado Cannabis Cup after that state legalized recreational pot and I’ve attended these festivals ever since. At no time did I see a fight, conflict or anyone being forcibly removed for disorderly conduct.  It proves the bigger point that people who consume cannabis rarely turn on each other.  I am not picking on tequila over other liquors but imagine a tequila festival where unlimited amounts of the substance were poured for participants. There would certainly be a need for law enforcement to manage the problems associated with the overconsumption of alcohol.

Be forewarned: When you attend a cannabis festival you will have an opportunity to “taste” new plants and product forms, many of which are more concentrated and powerful than what you are used to consuming. When you chose to enjoy the plant at a festival, proceed with caution so as to avoid over-medicating or overindulging.  It’s no fun to consume more than your regular tolerance.  You don’t want to find yourself catatonic and feeling flu-like for days after overconsumption.

The good news is that 2018 promises a big revenue jump and exposure for people to consume cannabis in California (Jan.), Maine (Feb.), and Massachusetts (July), which are all scheduled to open up recreational markets. The bad news is that you have nowhere to smoke it aside from your private residence.

Cannabis cannot be consumed in public, so enjoying cannabis in bars, hotels, parks, and rental cars is a non-starter.  But in 2018 look for Colorado or Nevada to open the first ever lounges where you can consume cannabis publicly.

I traveled to Las Vegas in 2017 to survey the cannabis market. I was surprisingly impressed. After months of following the guidance of the state in navigating the legalization process, local governments are ready to decide whether they want to move forward with something that no city in the nation has done, i.e., license and regulate public marijuana lounges.  My theory is, if you can find legalized prostitution and be able to gamble away your life savings at a craps table in Nevada, you should be able to smoke a plant in public.

As for Colorado, Denver has earned a right to permit public consumption when you consider the hundreds of millions cannabis has brought to the public coffers in support of health initiatives, education funding, and public safety. Denver is the only municipality that has legal consumption lounges on the books after voters in the city approved a ballot measure in 2017. But seeing those lounges become a reality is still a ways off.

Make 2018 the Year You Come Out as a Cannabis Consumer

Everyone wins when we learn that successful, responsible people can consume cannabis in a conscientious, healthy manner.  The best way to eliminate the negative stigma of marijuana is to out yourself to others.  Otherwise, cannabis remains a problem, not a solution, to many of the economic, racial, and law enforcement issues as well as social ills we fight to eliminate. Me first.  I am a pot smoker, and I vote.  It’s going to be a great year.  Be well.