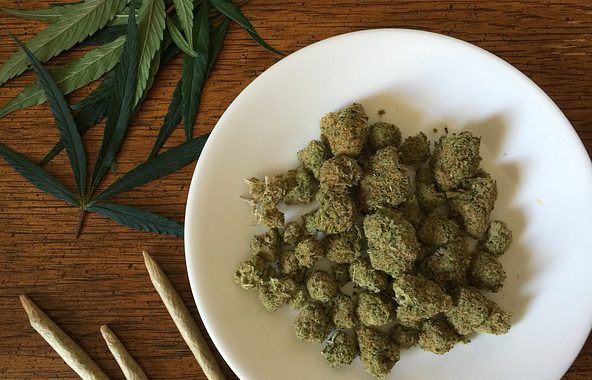 Pharmacies in Uruguay have begun selling cannabis directly to consumers since July. The long, arduous journey to bring cannabis to South America began over three years ago. In Uruguay, any citizen over the age of 18 can register to buy cannabis – up to 40 grams (1.41oz) monthly – for their personal use. Production of cannabis is carefully monitored to prevent it from being sold to foreigners or leaving the country, the government says. Sounds pretty promising, right?

After Uruguay became the first country in the world to fully legalize marijuana sales for recreational use, there are big banking problems afoot. The legal sale of marijuana in Uruguayan pharmacies is facing challenges as banks refuse to deal with companies linked to the drug for fear of violating international financial laws. If banks weren’t so untrustworthy, I might buy their high and almighty argument.

A banking boycott is running rampant throughout Uruguay. Banks are refusing to work with legal cannabis companies. For example, state-owned lender, Banco Republica, which is Uruguay’s largest bank, followed several private banks in shutting down accounts of clients who deposited money from marijuana sales. Last year, the Banco Republica canceled the first account of a company licensed to grow pot.

Next, a source within Santander of Spain, which operates in Uruguay, indicated they would close any accounts with ties to the legal cannabis trade. “As a global bank with clients in various countries, we have to observe the various norms in force in those places,” a Santander source explained. Its not obfuscating “norms,” Santander, that frightens you, its your clients in Big Pharma whose business you don’t want to lose by supporting Big Cannabis.

Santander is a major bank, and closing any accounts held with it by Uruguayan pharmacies selling the drug is a direct blow to the reformation policy of making Uruguay the first country to legalize the smoking, growing, and selling of marijuana nationwide.

Marijuana businesses worldwide have been shut out by banks fearing reprisals under financial laws meant to crack down on the laundering of drug money. In the United States, eight states and the District of Columbia have legalized recreational use of marijuana and 29 states permit the use of medical marijuana. The administration of President Donald Trump – aka Jeff Sessions – is revisiting President Barack Obama’s 2014 attempt to assure banks that they would not be prosecuted for serving clients in states where cannabis was legal.

It’s a financial cul-de-sac: Running a business without being able to bank is nearly impossible, especially in Uruguay. There, the law prohibits cash or check payments for employees and requires that salaries be paid by direct deposit. Uruguayan lawmakers worked for years on this regulation that would attempt to curb the illegal drug trade. Financial institutions always have a way of ruining things. Thomas Jefferson observed, “I sincerely believe that banking establishments are more dangerous to our liberties than standing armies.”