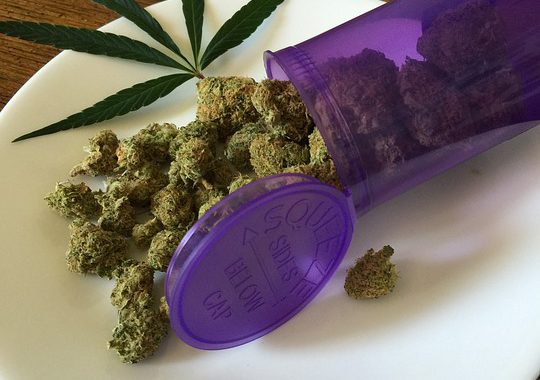 Floridians are dealing with the massive cleanup from Hurricane Irma. No city in the Sunshine State was spared from Irma’s ferocious winds, heavy rains, and flooding.  Irma might cause anywhere between $15 billion and $50 billion worth of insured losses in the United States. There couldn’t be a better time to explore how to successfully bring a lucrative industry into Florida.

Nearly 72 percent of Florida voters agreed marijuana should be used to treat serious illnesses – the highest margin of support among the nine states considering various levels of cannabis legalization last year. It helps that nearly 20 percent of the state’s citizens are 65-years-old or more, since senior citizens and Baby Boomers are becoming an increasingly large demographic in the medical marijuana industry.  Many of them believe in the value of marijuana as a safer alternative to highly addictive opioids.

Unfortunately, health insurers won’t pick up the tab for medical marijuana because the Food and Drug Administration does not approve of cannabis and marijuana, even medical cannabis, is illegal under federal law.

Yet almost three-fourths of Florida’s voters agreed pot should be legal for medical use. There are more than 1,200 doctors who have been licensed to prescribe medical cannabis.  Moreover, the state’s Office of Medical Marijuana is giving out an average of roughly 20 new doctor’s licenses every day.

The Florida Legislature lessened some restrictions this year, eliminating the 90-day waiting period for patients to qualify and reducing the amount of training required by doctors from eight to two hours. A qualifying patient may receive a medical marijuana certification during his or her first visit with a physician.

I think most of us can agree that doctors need the discretion to act in the best interests of their patients. I’m pretty sure the Hippocratic Oath says something to the effect of prescribing medical marijuana where necessary. Hey, cannabis safely existed for thousands of years before pharmaceuticals and opioids came onto the scene. With a limited side effect profile, no instances of fatality, and thousands of years of documented use, the case for cannabis is an easy one to make. Legally prescribed pharmaceutical medications, such as morphine, methadone, OxyContin, Percocet, and Vicodin, to name a few, often have horrific side effects that can include organ failure and death.

Since the list of qualifying ailments was extended, the amount of Floridians who have registered for medical marijuana has doubled from 16,760 to 31,051, leaving the state’s cannabis department unable to process and supply patient identification cards in a timely manner, which is a problem worldwide.

While some state policymakers continue to place roadblocks in the path of the voter-approved expansion, the increasing number of registered doctors and patients proves that residents of Florida are eager to take part in a broader and more accessible medical marijuana program.

Federal law still criminalizes the possession, use, and sale of marijuana.  The new Florida law (Amendment 2) does not protect violations of such federal law or any non-medical use, possession or production of marijuana.  One thing is for sure: The numbers confirm that cannabis is a major economic driver and job-creation engine for the United States economy and oh yes, salvation for people in pain.