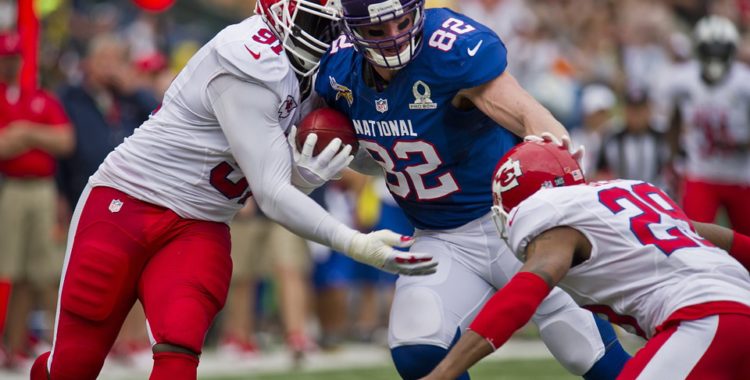 The athleticism displayed by players makes American football inherently entertaining to watch. Professional football has long since surpassed baseball as America’s most popular sport.  But now there’s even more to love about the National Football League: Last month, it was reported that the NFL reached out to the NFL Players Association to scientifically explore the use of medical cannabis as a pain management tool for its players.  The timing couldn’t be better.

Historically, to stay in top form on the field, players managed chronic pain by relying on opioid-based painkillers, to their detriment. Former NFL offensive lineman Ryan O’Callaghan recently revealed that he had planned to commit suicide but marijuana in lieu of opioids helped him manage the pain from his playing days. “For people like me, marijuana is a godsend because you don’t want to take these pills,” O’Callaghan told USAToday.com. “Marijuana is not addicting. People who say that have never smoked it. I have an addictive personality. It’s not addictive.” It appears his pleas are finally being heard.

“If pain management is something that medical marijuana can address responsibly, that’s something that our medical community is evaluating,” NFL Commissioner Roger Goodell said at a forum at the Broncos’ Dove Valley headquarters. It is the clearest indication to date that the NFL may be willing to work with the union toward marijuana use and abandon its prohibition position.

The NFL has written to the NFL Players Association offering to work in tandem to study the potential use of marijuana as a pain management tool. Currently, recreational marijuana is legal in eight states plus Washington, D.C., and medical marijuana is legal is about 20 more. Yet NFL players are banned from using marijuana for any purposes under the existing collective bargaining agreement, which expires in 2020.

NFL players currently are tested for marijuana and face potential discipline, including suspensions, for positive tests. In 2014, the league and the union agreed to modify the drug policy, allowing for 35 nanograms of THC per milliliter of urine or blood, as opposed to the previous 15 nanograms.

According to the 2017 National Academies of Sciences, Engineering and Medicine’s report, Health Effects of Cannabis and Cannabinoids: The Current State of Evidence and Recommendations for Research, there is conclusive evidence that cannabis is effective for the treatment of chronic pain. That study also found evidence of a statistical association between cannabinoids and better outcomes (i.e., decreased mortality, decreased disability) after a traumatic brain injury.

Chronic pain is a debilitating condition. For many who live with it on a daily basis, the condition can be so oppressive it affects other parts of their lives, impacting their mood, health, and overall wellbeing. Yet studies show that both inhaled marijuana (vaporized or smoked) and cannabinoid compounds that come from the cannabis plant (like THC, mostly responsible for the high, or cannabidiol, CBD, one of the most medically promising of the chemical compounds found in marijuana) work well for pain.

Chronic pain is an ongoing issue for NFL players participating in a sport where rough hits and brutal violence are routine. Marijuana is a safer, more effective pain reliever: it reduces stress, eases inflammation, and helps players battling constant pain to sleep at night. We can’t ignore the physical and mental challenges of current and former football players. We have an opioid crisis and players are struggling with opioid addiction. Former NFL players say that medical marijuana is a safe alternative to the powerful prescription opiates regularly prescribed for pain. Let’s listen to the patients. Opiate painkillers kill over 15,000 people a year via overdose. Marijuana has never killed anyone, according to the DEA.