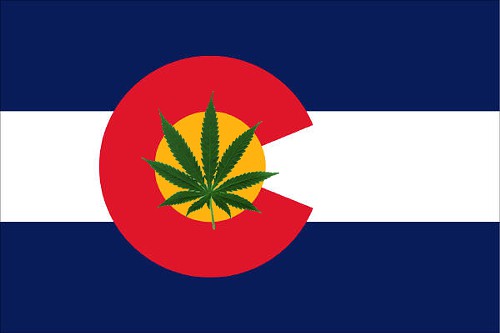 Over the weekend, my plane touched down in Denver, Colorado. The air was clean, fresh, breathable compared to Florida, and had a hint of the earthy marijuana scent that speaks to me. Marijuana possession by adults over 21 is legal in Colorado. I am happily a tourist in Colorado sampling the Rocky Mountain State’s finest green. Over the next few weeks, I will bring you firsthand insights from budtenders, hydroponic grow labs, and artisanal dispensaries. But after deplaning and proceeding to the rental car kiosk I considered my limitations for traveling in a vehicle throughout Colorado as a cannabis consumer.

Getting pulled over by law enforcement while you’ve got cannabis on your person or in your vehicle presents a very complex legal situation. Officers may try to convince you that they are allowed to take a look in your car, but you do not have to consent to a search, which means law enforcement will need probable cause or a search warrant. Moreover, keep your stash of sativa in a scent-proof container.

The legalization of marijuana in Colorado has resulted in a sharp decline in the number of traffic stops, a new analysis shows from The Center for Investigative Reporting in partnership with The Marshall Project. The drop means less interactions between police and drivers, potentially limiting dangerous, racially motivated conflicts. Additionally, a recent Columbia University study found that states with legalized medical marijuana tend to have a lower rate of auto accident deaths than states without such laws. Researchers from Columbia University’s Mailman School of Public Health found that states where medical marijuana laws were in effect had a 26 percent lower traffic fatality rate than states without medical marijuana laws.

Americans are expected to continue to set travel records this summer with more than 44.2 million taking a trip of 50 miles or more. The exodus to parts known and unknown is fueled by a growing economy and relatively low gas prices. The above-mentioned statistics are important context to understanding the state of marijuana search laws when driving a vehicle.

Last week a three-judge panel in Colorado agreed that if a drug-sniffing dog is trained to alert officers to marijuana and other drugs, cops need more cause to search a vehicle without permission. The decision stems from a 2015 case in Moffat County, where a drug-sniffing dog named Kilo, who was trained to detect and identify cocaine, heroine, Ecstasy, and marijuana, alerted officers to the presence of an illegal drug in a truck driven by Kevin McKnight. Since Kilo could not tell officers whether he smelled pot or other drugs, the search was illegal, judges wrote.

“A dog sniff could result in an alert with respect to something for which, under Colorado law, a person has a legitimate expectation of privacy,” judges wrote in the ruling. “Because a dog sniff of a vehicle could infringe upon a legitimate expectation of privacy under state law, that dog sniff should not be considered a ‘search.’” The appeals court held that officers did not have enough probable cause to search the vehicle. The decision reverses McKnight’s conviction.

Courts in Arizona and California have likewise said that the smell of marijuana alone is insufficient for a warrantless search. In Arizona, a court ruling overturned a marijuana possession case in 2013, finding that the scent of cannabis alone does not constitute probable cause for a search. However earlier this year Court of Appeals Judge Shirley M. Watts wrote in a unanimous opinion that marijuana does provide probable cause for a vehicle search in Maryland even though possession of small amounts of marijuana there has been decriminalized.

Colorado’s cannabis tourism scene has a lot to offer. Stay tuned for my reports from the front lines.