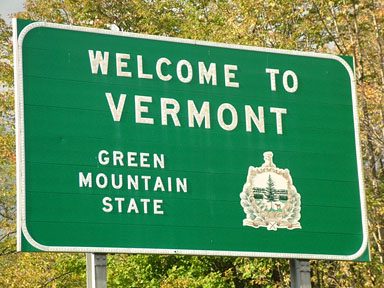 Republican Governor Phil Scott announced on May 24 that he would veto the Vermont legislature’s bill to legalize recreational marijuana.

Vermont was not asking voters to approve a ballot proposal nor was it going to initially allow for-profit businesses to grow and sell cannabis. Vermont lawmakers passed a bill on May 11 that would have permitted people 21 and older to possess up to one ounce of the drug beginning in July 2018. The 24-page bill (Senate bill S.22) passed by both houses of the legislature (Senate 20-9, House 79-66) would have created an independent commission to propose legislation that could later be used to form a regulated market for marijuana with commercial growers and retailers. A state commission would have decided how to regulate a retail market for legal weed, and how to tax it.

Governor Scott told reporters he was not satisfied that the bill adequately protected public safety. He said he was principally worried about the threat of stoned drivers and children having access to pot. Scott thwarted the attempt that would have made Vermont the ninth state to legalize recreational marijuana. He indicated that he was willing to work with the Legislature on a compromise. “We must get this right,” said Scott, who is hoping the Legislature can make the fixes during a veto session in late June. The Legislature in Florida has done nothing of the sort to “get this right.”

I wish I could say that the Green Mountain State stands in sharp contrast to the Sunshine State, but that is not the case. Those in Tallahassee are endlessly trying to hash out appropriate medical marijuana laws while patients suffer. During this past session, lawmakers in Florida failed to approve legislation for the constitutional amendment that was passed by a majority of Florida voters. Floridians are awaiting word on a possible special session to deal with implementing the constitutional amendment.

An impressive majority of Florida voters – 71.3 percent — said in no uncertain terms last year that they wanted access to medical marijuana to relieve a wide range of painful and debilitating conditions. The Florida Legislature took the clear mandate of the voters and blew it. When the government has no conscience, disaster looms.

Now the fate of medical marijuana access for Floridians is in the hands of another Republican whose surname is Scott. Floridian Gov. Rick Scott’s Department of Health has already signaled it will enact even more restrictive rules than the Legislature would have.

Eight states, plus D.C., have legalized recreational marijuana. Vermont would have been the first state to legalize marijuana by vote of a state legislative body. The other states and D.C. legalized marijuana after public referendums. Despite the illegality of its recreational use, the Vermont Department of Health indicated that the state has among the “highest prevalence of marijuana use” across all age groups, and the second highest of all states among those age 12 to 25.

Prohibition has failed and made otherwise lawful citizens criminals. Vermont and Florida, separated by a mere 1,300 miles, are missing opportunities to capture revenue from an underground market that would allow them to address the opioid epidemic as well as drug education and treatment. Now is the time when laws regulating the use of cannabis should be flourishing, not floundering.