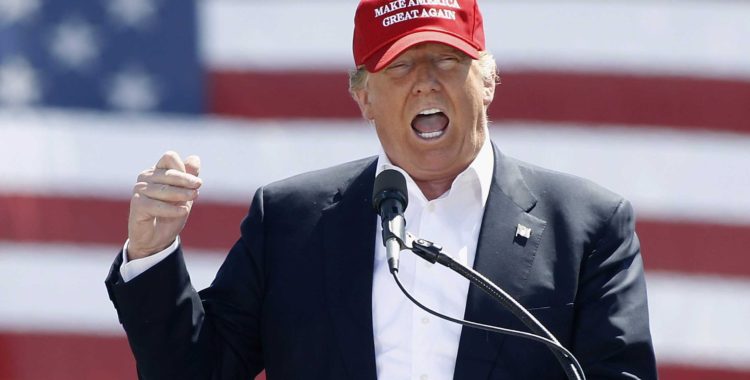 Rep. Tom Marino, R-Pa., will be President Trump’s drug czar. Marino’s congressional voting record is that of a hard-liner on marijuana issues, and he recently said that he’d like to put nonviolent drug offenders in some sort of “hospital-slash-prison.”

It’s worth noting that President Trump’s mantra of “jobs, jobs, and more jobs,” apparently has no application to marijuana, despite the billions of dollars in sales, and the hundreds of thousands of jobs marijuana has created in the states where it is legal.

For example, President Trump supported the recent Florida Senate Bill passed in Committee to regulate marijuana as a suppository (you read that correctly).  You won’t be able to smoke it or eat it, so just how do you think people will be able to get it into their system? I wish I were kidding. The Florida Legislature has to approve how medical marijuana will be implemented, but what they’ve accomplished thus far is a slap in the face to the 71 percent of Florida voters who approved its use. HB 1397 bans edibles – the preferred method of patient intake of medical marijuana. It also bans smoking marijuana. Naturally, suppositories were suggested. Government officials are essentially telling you and I where we can stick it.

Unfortunately, as drug czar, Marino would oversee the Office of National Drug Policy, a branch of the White House that advises the president on drug policy issues. Marino’s primary experience in the drug business shows his affection for Big Pharma.  Just take a look at the bill he sponsored called “The Ensuring Patient Access and Effective Drug Enforcement Act of 2016,” which makes it much harder to hold drug distributors accountable for the diversion of large amounts of dangerous opioid pain relievers.

In Congress, Marino voted against the Rohrabacher-Farr Amendment, which allows state medical marijuana industries to function without the constant fear of federal prosecution. (The measure ultimately passed, but it has no impact whatsoever on the Republican’s efforts to undercut legal marijuana.)  I was under the mistaken impression that the Republican Party believes in limited government, personal responsibility, and states’ rights.

Republicans’ continued War on Marijuana makes Marino the perfect choice. Marino voted against a measure to allow Veterans Affairs doctors to recommend medical marijuana to their patients in states where it is legal. He also voted against a measure that would loosen some restrictions on CBD oil, a non-psychoactive derivative of the cannabis plant that holds promise for treating severe forms of childhood epilepsy. Basically, if you believe in giving cannabis to veterans to ease their symptoms from PTSD or providing cannabis to children suffering from epilepsy, America is not the country for you.

Marino voted against a separate measure to loosen federal restrictions on hemp, a non-psychoactive variant of the cannabis plant with potential industrial applications, which was sponsored by Senate Majority Leader Mitch McConnell. Those votes place Marino well to the right of dozens of his House Republican colleagues who supported these measures.

Marino is poison for pot, and even more poisonous for American civil liberties. While many of us believed that Trump’s confused but moderate stance during the election on the issue of cannabis was one of states’ rights, his appointments to key administrative positions leaves us desiring a different kind of election result.  Keep voting for these candidates and marijuana will be returned to the 1930s and 1940s where we put an entire generation of Americans into prisons-slash-hospitals.