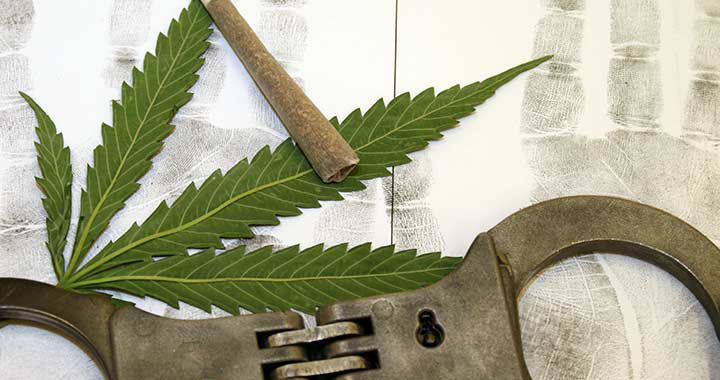 Marijuana has always been a potent presence in the criminal law consciousness. Of the 8.2 million marijuana arrests between 2001 and 2010, 88% were for simply having marijuana, according to the ACLU. In 2014, data released by the FBI showed that law enforcement officers made over 700,000 arrests on marijuana-related charges. In that same year, statistics illustrate that police arrested someone every 51 seconds for simple weed possession.

Things could get much worse. A crime reduction task force created by Attorney General Jeff Sessions will review how the Department of Justice enforces marijuana laws, according to a memo Sessions issued April 5, 2017 to 94 U.S. attorneys. Sessions appears to want to do battle with states and voters nationwide. While Reagan Republicans always spoke of limited government and individual responsibility, Sessions wants a big government response to stopping the sale of marijuana regardless of what benefits or revenue it may offer states where it has been legalized in any way.

Marijuana is illegal under federal law, but the DOJ under Obama encouraged prosecutors not to be aggressive in enforcing violations.  At the time, we thought Obama didn’t do enough to push for legalization. Now, Obama’s hands-off approach seems like a party cruise with cannabis substituted for alcohol. The Obama Justice Department responded to state efforts to legalize marijuana by explaining federal prosecutors should only take action when marijuana was marketed and sold to children or was shipped to states where it wasn’t legal.

Governing and enforcing the law is not just about doing what you want, but rather listening to the will of the people and implementing smart laws. Twenty-eight states and the District of Columbia have medical marijuana programs. Eight states and the District of Columbia have legalized adult recreational use. Bills have been introduced in 17 states this year to make recreational pot legal for adults, while five others are considering voter referendums.

Over his 20 years in the U.S. Senate, Jeff Sessions made no secret of his disdain for marijuana.  Sessions indicated that the initial recommendations from the new task force on crime reduction were due by July 27. The task force is expected to identify ways to reduce violent crime and evaluate existing policy in numerous areas — including marijuana enforcement.

Sessions will be joined on his efforts as the leader of the task force with a larger group of committee members, including Chris Christie (a devout adversary of marijuana) and Florida Attorney General Pam Bondi (who favors putting people in jail for using marijuana and appears unmoved by the fact that Amendment 2 was passed by more than 71 percent of voters, which was more than the number of people who voted for her).

Directing federal resources toward a pot crackdown will be a disaster for more than 60 percent of Americans who live in states where cannabis is legal. A suppression on states that have legalized marijuana would divert existing marijuana product into the black market and increase dangerous activity. States where pot has become legal have enjoyed the tax revenue its legal sale has generated. People have also experienced pain relief due to medical marijuana finally being legal and available. Even if conservatives disapprove of pot use, they should be true to their roots: the federalist perspective toward the issue means leaving it up to the states to determine whether or not they should allow legal marijuana and how it should be regulated.

Sessions, if he proceeds down the rabbit hole, will create a problem with local law enforcement in states that allow for legal marijuana, who will unlikely cooperate with the feds in any kind of enforcement swell. If you want to reduce crime, Mr. Attorney General, legalize cannabis.