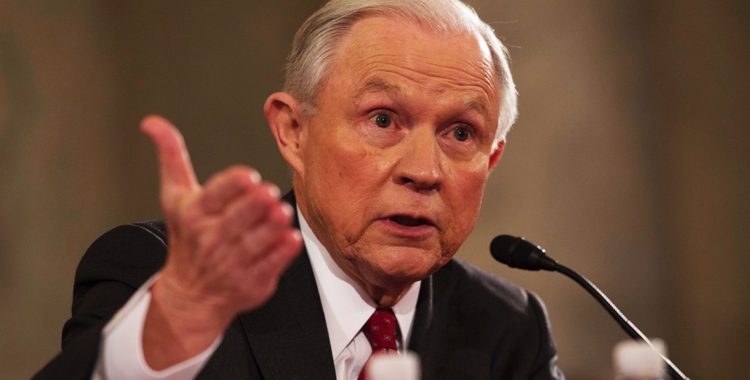 “If we desire respect for the law, we must first make the law respectable.” – Justice Louis D. Brandeis

Attorney General Jeff Sessions hinted this week that the Department of Justice might begin more aggressive enforcement of federal laws against recreational marijuana, even in states that have legalized it. Speaking at the recent National Association of Attorney Generals’ annual winter meeting, the Alabama senator said “I’m not sure we’re going to be a … healthier nation if we’re going to have marijuana being sold at every corner grocery store.” Does he mean those grocery stores where we now buy destructive opioids, cigarettes, and alcohol?

For all those Trump voters who also consider themselves supporters of our fundamental right to consume cannabis sativa, it may be time for you to pick a team because our President is no friend to cannabis. Like most policy decisions, you can find Trump on both sides of the same issue, oftentimes accusing his opponent of being an idiot for expressing an opinion he will later adopt as his own.

Consider the absurd paternalism (“Father Knows Best”) from a bunch of old, Deep South white guys who tell adults that have served their country and lost limbs, suffered severe head wounds, and become addicted to dangerous narcotics and opioids that they cannot smoke pot.

Keep smoking pot, a lot of it, and buy legally when you can. The cannabis industry needs your financial support. It’s also time you came out to your family and friends.  You know who you are, a pot smoker that pretends you are on another planet when the topic comes up at respectable dinner parties or work functions.  Tell us who you are. I’ve done it and I haven’t lost a single client. In fact, I’ve gained legal work and parlayed my passion for cannabis into a Top 50 blog. (Thank you, NewsMunchies readers, for helping make that dream a reality.)

Smoking marijuana is arguably the most common form of civil disobedience. I was in Colorado when I heard White House Press Secretary Sean Spicer suggest that marijuana legalization contributes to opioid abuse. “When you see something like the opioid addiction crisis blossoming in so many states around this country,” he said, “the last thing we should be doing is encouraging people” by allowing recreational use of marijuana. “I do believe you’ll see greater enforcement,” Spicer said.  He did not mention just how they would go about enforcing federal law, given the fact that it would most assuredly be random, racist, and arbitrary.

Sometimes I take for granted the fact that Jeff Sessions and Sean Spicer can read, so I would oblige them to review the data. Researchers for the past twenty years have reported that the rates of fatal opioid overdoses were significantly lower in states that had legalized medical marijuana. People find cannabis to be a safer, more effectual substitute for opioids to treat their pain and suffering. To be clear, I’m not rattled by Sessions’ folly.

“It is one of the happy incidents of the federal system that a single courageous State may, if its citizens choose, serve as a laboratory; and try novel social and economic experiments without risk to the rest of the country.” Sessions has no right to mess with laboratories of democracy in states that have safely and profitably legalized recreational and medical forms of marijuana. The above avowal by one of the greatest jurists of the twentieth century needs no explanation. I would urge Attorney General Sessions to be considerate, and consider the alternative.