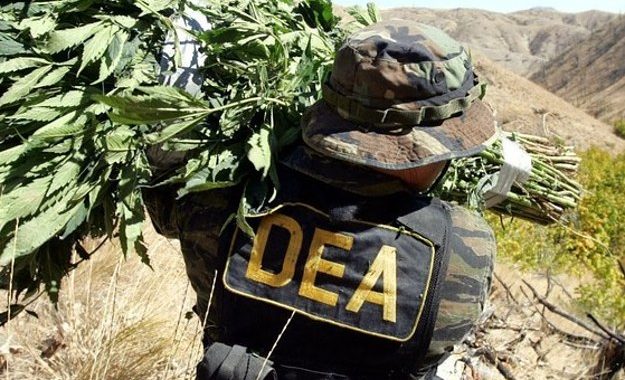 The United States’ Drug Enforcement Agency (“DEA”) has given a Schedule II classification to Insys Therapeutics’ medication Syndros – a liquid, oral version of tetrahydrocannabinol (“THC”) that uses synthetic compounds that mirror those found in cannabis plants.  There may be a lot of people who think they can make cannabis in a test tube but remember, Mother Nature will always make the best pot.  If Big Pharma figures out how to do that correctly, maybe they could also bottle my dearly departed Nana’s spaghetti sauce (no thanks). Making or extracting pure THC is not enough.  It’s always been about the natural superpowers found in the plant.

Syndros is a synthetic formulation of THC, the chemical responsible for the psychoactive effect of the cannabis plant. “Insys is looking forward to bringing this new drug product to chemotherapy patients to help alleviate their nausea and vomiting and AIDS patients with anorexia-associated weight loss,” Insys interim CEO Dr. Santosh Vetticaden said in a statement. Insys Therapeutics is no Mother Teresa, and I don’t want NewsMunchies readers to be fooled by this company that proclaims to be the savior for sufferers.  The only reason cannabis remains a Schedule I narcotic is not to protect us from its so-called dangerous effects but to protect Big Pharma.

Few cannabinoid products on are the market, meaning Insys will likely see grand returns for its drug. (Syndros claims that it will rake in at least $200 million in peak annual sales.) In a deliberate attempt to spoil marijuana legalization in Arizona, Insys donated $500,000 in 2016 to Arizonans for Responsible Drug Policy, an organization opposed to legal cannabis. According to a Washington Post report, the company’s contribution was the largest of any previous anti-legalization campaign. Insys Therapeutics, as one of the chief financial backers of the opposition to marijuana legalization in Arizona, killed a non-pharmaceutical market for marijuana to bolster their own moneymaking agenda.

It is important to understand that there are a lot of other active compounds you are leaving out when you go with only one of the cannabinoids. When cannabis is grown and used in its natural form, it is an illegal substance, according to the DEA. But when Big Pharma develops a synthetic marijuana product, the DEA condones cannabis. Unfortunately, whole-plant marijuana remains in Schedule I of the Controlled Substances Act, the strictest regulatory category that designates a lack of medically accepted use in addition to a high abuse potential.

The DEA approval places Syndros and its generic formulations in Schedule II of the Controlled Substances Act, indicating a “high potential for abuse.” Other Schedule II drugs include cocaine, morphine, and many prescription painkillers, which could have some therapeutic benefit but are also responsible for hundreds of thousands of deaths in the United States each year. Marijuana, classified as a Schedule I drug, is deemed more dangerous than cocaine. The absurdity just smacks you in the face, doesn’t it? The time to challenge government authority is certainly now.