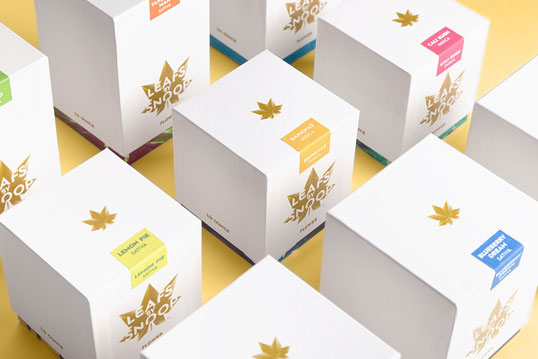 Brand names matter in the cannabis world as much, if not more than, they matter elsewhere when consumers are selectively making product choices.  Many times, you find yourself in a shop where you are offered a litany of sativas, indicas, and an infinite number of hybrids looking for the next big strain name.  However, merely following the genetics of two strains you happen to enjoy gives you little to go on.  For example, just because two strains are satisfying does not mean that if you cross them they get even better.  Like the comedian Rodney Dangerfield commented, “My ex-wife is a water sign and I’m an earth sign. Together we made mud.”

If you take Golden Goat, a sublime sativa, and cross it with L.A. Confidential, a nearly pure indica, you get a strain called either “L.A. Goat” or “Golden Confidential” that could make you feel like you just had a Venti coffee at Starbucks that also makes you sleepy.  No thank you. Sometimes you stumble upon a new dispensary with limited information about their new designer strains. Savvy consumers look for taste, smell, and the smoothness of the smoke. Cannabis connoisseurs now care about the way marijuana has been manicured, the density of the bud, and the way it looks in a jar. Plus, packaging is everything. Some of the sought-after strains are coming to us direct from celebrities, who mix brand and business seamlessly.

I examined two designer strain brands, the first being too hard to pass up as it was brought to us by none other than rapper Snoop Dogg, called “Leafs By Snoop.”  He offers various strains, which you can purchase from multiple locations in Colorado. I purchased a half ounce of Purple Bush, an indica, and half ounce of Tangerine Man, one of his sativa hybrids.  The Purple Bush flowers were visually appealing and the effects immediate.  You are overwhelmed by waves of euphoria but also feel an immediate body and soul high, even before you put your smoking apparatus down.

I purchased the aforementioned products at Livwell in Denver, which is a regular place for me to visit when I am in town.  Leafs By Snoop cannabis products are made under a Colorado marijuana license belonging to Beyond Broadway, which does business at LivWell and will grow the brand’s entire flower and manufacture its edibles and concentrates.

Stay tuned for Skinnygirl founder Bethenny Frankel’s expansion into the cannabis industry. She is reportedly developing a line of marijuana strains that will be engineered to eliminate the munchies.  Musician Melissa Etheridge has developed her own cannabis-infused wine so that pot enthusiasts who want to feel the effects of marijuana without having to smoke it can enjoy with abandon.

I remain a person who believes local, smaller batch growers best serve the cannabis industry.  While national brands are many years off, I like the concept of bringing cannabis over state lines, and maybe even being delivered products via drone from Amazon.  Until then, I will continue to sample and enjoy the flowers these passionate celebrities are putting their names on and report back.