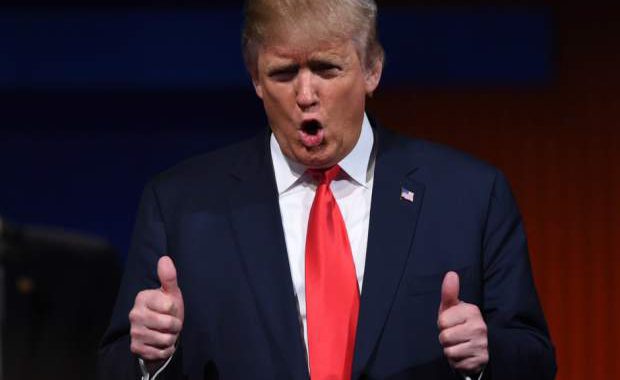 Trump won the White House for one reason and one reason only, his purported businessman savvy that will make him the greatest jobs president that “God ever created.” On November 8, 2016, the People of the United States gave him the chance to prove it.  And you can take his sweeping pronouncements as a certified warranty, given the fact that he expressed a desire to renegotiate NAFTA, set the Trans-Pacific Partnership on fire, and punish domestic companies who outsource jobs to other countries.

Of all the avant-garde, cockamamie ideas expressed by Trump during the 2016 presidential election season, Trump didn’t put short, stubby fingers to keyboard and tweet a single 140-character sentiment about marijuana. The president-elect almost never discusses pot in public, at the debates or on social media.

Review Donald J. Trump’s robust Twitter feed – I dare you – and you’ll see there is no mention of the word “marijuana,” compared to more than 100 mentions of the word “immigrants.” Trump has yet to make the fallacious connection that marijuana, like immigration, is evil.

During his tirades and sweeping statements, Trump seemed to leave absolutely nothing on the table, ignoring even obvious constitutional protections that would assuredly prevent him from attempting most of his designs. Constitution-my-eye, we just elected Donald Trump, which means that all is possible.

According to the president-elect, in February of 2016 he stated that the unemployment numbers were “phony.” He put forth the philosophy that he doesn’t  “believe those phony numbers when you hear 4.9 and 5 percent unemployment. … In fact, I even heard recently 42 percent.” However high the actual unemployment numbers are, now it is his problem to solve, and that’s where cannabis comes into play.

The Colorado Cannabis Industry is likely one of the greatest economic exercises under construction in modern times.  If Colorado is employing more than 20,000 people in the industry itself, what other positive impacts is it having in real estate, medicine, manufacturing, retail, and taxes? New Frontier Data and ArcView Market Research found that Florida is projected to make over $1 billion in medical marijuana sales over the next 3 years. The market for legal marijuana in America is already worth an estimated $7 billion and, according to ArcView, it will be worth more than $20 billion by 2020. Billionaire Peter Thiel, a key Trump adviser, is a pioneering investor in the legal cannabis industry.

Decades ago, Trump said that all drugs should be legalized, in order to take profits away from black-market players and produce tax dollars that could be spent on educating people about the dangers of drugs. For the next four years, when it comes to cannabis, my prediction is that POTUS Trump is like a parent who, rather than teach responsible safe sex practices or lay the groundwork for regulations, will just ignore the fact that teenagers are having sex.  We promise, President Trump, that none of us in the more than half the states that have legalized marijuana to some extent are consuming it.