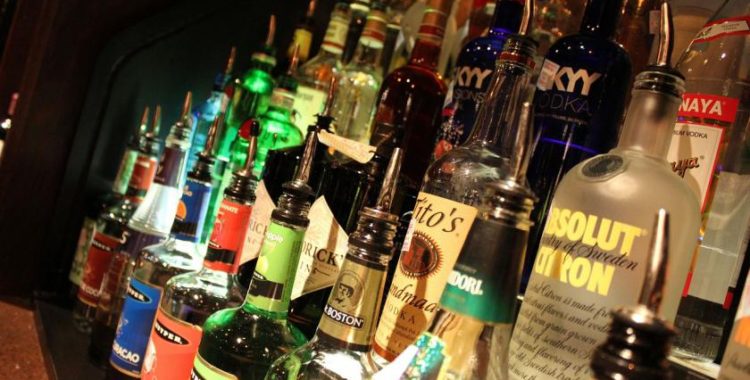 “Marijuana is a gateway drug,” New Jersey governor Chris Christie, a possible Attorney General under a Donald Trump presidency, told a reporter in 2015.  Yet we know marijuana causes less damage to the body than alcohol. A 40-year long study has found alcohol use makes one much more likely to try harder drugs than marijuana would.

Combined efforts from Rice University’s Baker Institute for Public Policy and Brian C. Bennett found that alcohol caused “far more personal and social damage than any other drug. Illegal drugs comprise less than 20 percent of substance-use disorders in the U.S.”

Traumatic childhood experience, mental illness and economic insecurity are more set predictors of substance abuse than availability of pot. Perhaps, then, the question of which mind-altering substance kids start with is a lot less important than the question of why they start using drugs and alcohol in the first place.

While marijuana does pop up relatively early in a drug user’s experience and is used with other substances, alcohol serves as its own gateway, with many drinkers moving on to pot as their next drug.

Much of the negative stigma surrounding marijuana was created without any sufficient evidence. With marijuana still under a Schedule I designation of the Controlled Substances Act people will continue to turn to alcohol even though existing data shows alcohol is more likely to lead to further illicit drug use.

Wikileaks revealed recently that the Democratic Party has a cozy, too-close-for-comfort if you ask me relationship with Big Alcohol, and that stands in the way from the party’s full support for marijuana. Inside the leak was an email from the Wine & Spirits Wholesalers of America, which suggested the idea that marijuana use was causing more traffic accidents and fatalities than ever before.

“People can argue about the pluses and minuses of marijuana, but everyone knows it’s not a killer drug like heroin,” Sen. Bernie Sanders of Vermont wrote after the DEA announced that marijuana would remain a Schedule I drug.  Sanders was never part of the Washington “establishment” and I find it hard to believe that he was “in bed” with Big Alcohol in the same way Hillary Clinton might be. Therefore, I submit that his comments – devoid of bias – are far more compelling. Conspicuously absent was a public denunciation of the DEA’s decision not to reschedule from Hillary Clinton.

Is the alcohol industry spending money to get members of Congress to pay attention to the problem of “marijuana-impaired driving?” Since the alcohol industry has a huge problem with drunk driving, it makes sense that they would want to focus the negativity somewhere else. But the increase in fatalities is consistent with the national trend, and probably related to low oil prices. Too, weed-related accidents have only risen slightly in recent years, and they are far outweighed by accidents involving alcohol.

The long game for the moneyed booze class is to snuff out pot and continue to support Big Alcohol by massaging the messaging against marijuana. Now that’s unfair advertising.  Marijuana is no more a gateway drug than coffee, soda or chocolate milk.