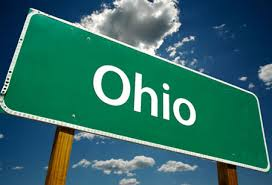 Nick Lachey has made some lapses in financial judgment, including divorcing his “Newlyweds: Nick and Jessica” co-star Jessica Simpson just as her fashion empire took off. Today the brand rakes in about $1 billion a year at retail. Ohio resident and former boy band star Nick Lachey is among five investors in one of 10 marijuana grow centers that would have been created across the state under a proposed ballot issue.

If the initiative dubbed Issue 3 passed, celebrity-backed corporations were expected to operate the 10 farms and could sell $1.1 billion of pot every year, according to the Marijuana Policies of Ohio Taskforce. Lachey and fashion designer Nanette Lepore, retired NBA star Oscar Robertson, football player Frostee Rucker and President William Howard Taft’s great-great-grandnephews own some of the 10 farms in Ohio designated for large-scale weed production. But sometimes celebrity brings precisely the wrong type of attention, as was the case here.

Here’s the drug deal: Some Ohioans seeking legalization were addicted to making the decisions over cannabis for its own purposes, those being a complete monopoly over the total number of licensed growers it was going to permit, and it juiced the bill for supporters by taking a full leap from illegal to recreational, without any battles over medical marijuana. One day you go to jail for possessing, selling and consuming pot; the next day you go buy flowers.

Voters in Ohio rationally rejected the irrational efforts by a few to control the rights of the many. The law voted on last week would have legalized marijuana production and sale, for both recreational use as well as medical. While support for the reformation of cannabis laws in Ohio was overwhelming, there was no way consumers were going to allow 10 growers to bogart the joint, er, marketplace.

In 2016, there will be clean bills that will not create a billion dollar monopoly. Legalization supporters were going to use the Ohio Constitution, by super majority vote, to create 10 licenses to self-designated landowners for an industry likely worth billions.

Prohibitionists like Ohioans Against Marijuana Monopolies were smart since their campaign against Issue 3 focused on the initiative’s weakest link and most controversial feature: a cannabis cultivation cartel that would have limited commercial production to 10 sites controlled by the initiative’s financial backers. A constitutionally mandated oligopoly for an agricultural product seems un-American and seditious.

Think of Issue 3 as a foil for The Marshmallow Experiment. In the 1960s, a Stanford professor named Walter Mischel began conducting a series of important psychological studies. The children who were willing to delay gratification and wait to receive not one but two marshmallows versus their acquaintances who did not want to wait and ate the first one ended up having higher SAT scores, lower levels of substance abuse, lower likelihood of obesity, better responses to stress, and better social skills.

If Ohioans wait until the presidential election in 2016, their patience will be most likely rewarded. It is well understood that voters who participate in off-year elections are not very keen on legalization. By waiting until 2016, Ohio proves it is worthy of a second marshmallow.