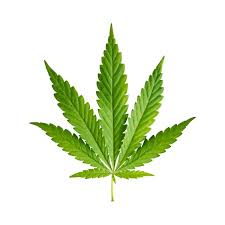 It’s a battle that runs along the New Jersey Turnpike – sort of.  New Jersey is considering legalizing marijuana while Pennsylvania debates throwing its hat into the medical marijuana ring, potentially making the Northeast one of the greenest places in America.

A state Senate panel convened a hearing Nov. 16 in New Jersey on legalizing cannabis.  Leading Democratic lawmaker Sen. Nicholas Scutari said it is time to bring the plant to the fair and out of the underground, black market economy by legalizing, taxing, and regulating it. What appears to be happening more and more, and for good reason, is that advocates of legalization are couching the issue as a civil rights matter that could ease racial tensions and the number of arrests of African Americans.

It is now no secret that New Jersey’s Democratic-controlled Legislature is taking steps toward a weed showdown with Gov. Chris Christie over legalized marijuana. The governor – who is running for the Republican Party’s 2016 presidential nomination – is against marijuana, calling it a “gateway” drug.  Christie has said as president he would use federal law to stop states that have legalized marijuana.

Officials aren’t scheduled to vote on a bill to legalize pot in the Garden State any time soon, but consider what is happening in New Jersey as a healthy dialogue on the subject. When you open a can of worms, the worms start sprinting as fast as worms can do that sort of thing.

Never one to shy away from a patriotic pot party, the Pennsylvania House of Representatives could vote as early as next week on creating a medical marijuana program.  Members of the House Rules Committee voted on Nov. 18 to send to the full House the medical marijuana bill, SB3, passed May 12 in the Senate.

The bill would create a medical cannabis access card, available by prescription to adults or patient representatives of minors, and a system for growing and dispensing sativa, indica, and crossbreed strains of cannabis.  Smoking marijuana would remain prohibited, but patients would be able to consume cannabis through vaporization and the use of oils, ointments, liquids, gels, pills and similar substances, as well as homemade edible products.

Either way, the rights and powers held by individual U.S. states rather than by the federal government are gaining strength.  The tide has clearly shifted against the failed federal war on drugs.  States are “laboratories of democracy” where interesting experimentation can take place and the best ideas can then spread to the rest of the country. Federal marijuana policies undermine the principles of states’ rights so step aside, feds, for states’ rights are one of the most potent symbols of a country declaring war on the war on drugs.