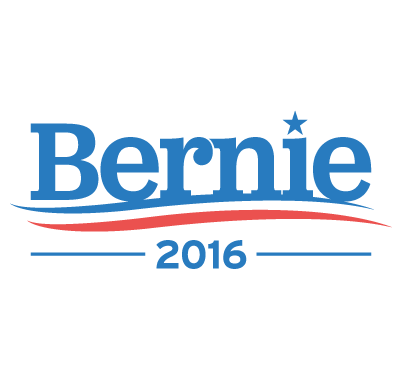 There is nothing spookier than a presidential hopeful circa 2015 not “getting it” about marijuana legalization.  But Bernie Sanders has taken us one step closer to the Promised Land.  No other presidential candidate has called for marijuana to be completely removed from the schedule of controlled substances regulated by an unfriendly ghost, a.k.a., the Drug Enforcement Administration.  On Oct. 28, Vermont senator Bernie Sanders announced his support for removing marijuana from a list of the most dangerous drugs outlawed by the federal government — a move that would free states to legalize it without impediments from Washington, which is desperately needed based on the large number of marijuana dispensary raids in states where it is legal.

Despite the fact the Justice Department in 2013 agreed to overlook (sort of) states where marijuana is legal provided that the marijuana industry in those states remained in compliance with state laws, the memo in which that sentiment was expressed is not worth the paper it is written on.  The August 29, 2013 “Update to Marijuana Enforcement Policy” is not legally binding.

“In the year 2015, it is time for the federal government to allow states to go forward as they best choose,” Sanders said at George Mason University in Fairfax, Virginia, adding that the U.S. should “remove the federal prohibition on marijuana.”  Marijuana is currently classified along with heroin and ecstasy as substances with “no currently accepted medical use and a high potential for abuse.”  Now that makes my blood boil.

Sanders’s announcement was made in the most bewitching way: The timing served as a counterpoint to the Republican presidential debate on Oct. 28 that took center stage in Colorado, the first state to legalize the recreational use of marijuana under state law.  Senator Sanders shared his proposal during a town hall-style meeting with college students.  I could get behind a speech like this as opposed to the oneSupreme Court Justice Sonia Sotomayor gave to Amherst College students back in Sept., which sent shivers down my spine.

The party’s front-runner, Hillary Clinton, has uttered ambiguous rhetoric saying she wants to see how legalization experiments in Colorado, Washington, and other states she dubbed “laboratories of democracy” play out before committing to any changes at the federal level.  I think she is digging her own grave among youth voters.

Bernie Sanders, meanwhile, says states should be allowed to regulate the drug in the same way state and local laws now govern sales of alcohol and tobacco.  People who use marijuana in states that legalize it would no longer be at risk of federal prosecution.

There is nothing BS about Bernie Sanders’s plan, which would also permit marijuana businesses currently operating in states that have legalized it to use banking services and apply for tax deductions that are currently unavailable to them under federal law.  The best part about Bernie is that he is going to the specific things that Obama could otherwise resolve without Congress using an Executive Order to reschedule cannabis from a Schedule 1 to a Schedule 3 drug.

Sanders’s de-classification plan isn’t so obtuse or progressive. It’s what Americans have wanted for the past four decades. I just might frighten – and haunt – Republicans (and maybe Hillary Clinton too) this Halloween by dressing up as my new favorite cannabis hero.