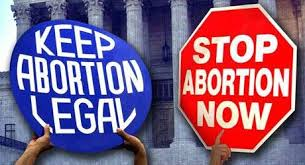 In the era of YouTube where some videos can get a million hits, anti-abortion activists see the release of new undercover videos of Planned Parenthood as their biggest opportunity to energize colossal support for the issue.

U.S. Senate Majority Leader Mitch McConnell (R-Ky.) is planning a vote in the coming days on proposed legislation halting federal funding for Planned Parenthood. Republicans Tuesday afternoon unveiled legislation to strip the family planning provider of its federal funding.  Presidential candidates Rick Perry, Rand Paul and Ted Cruz call for the defunding of Planned Parenthood. However, they do not speak of the women who would lose access to cancer screenings, STI tests, and other preventative care. With 54 Republicans and a handful of antiabortion Democrats, it would be difficult to find the 60 votes needed in the Senate.

Nevertheless, anti-abortion activists are eager to carpe diem thanks to the newly released “sting” videos showing a Planned Parenthood clinic’s staff handling fetal tissue after an abortion.  The video, which is heavily edited, was prepared and released by The Center for Medical Progress, which made national headlines earlier this month when it began releasing undercover videos of Planned Parenthood officials talking about the selling of fetal tissue.

The problem I have with the Republican perspective is that it bypasses women, the very gender impacted by this medical procedure.  By focusing on the fetus instead of women who want and need the procedure, anti-abortion politicians and activists are attempting to dodge the personal dimensions of the decision on women. That’s illogical and daft.

A federal appeals court recently agreed that one of the nation’s most restrictive abortion laws – a North Dakota statute banning abortions when a fetal heartbeat is detected as early as six weeks into a pregnancy – is unconstitutional. The 8th U.S. Circuit Court of Appeals agreed with a decision last year from U.S. District Judge Daniel Hovland, who ruled the law unconstitutional. The Republican-dominated Legislature approved the law (of course) in 2013, though it was quickly put on hold after the state’s only abortion clinic filed a lawsuit that July.

Twelve hundred miles due south lies big, rich Texas, where another controversial 2013 abortion law made legal waves.  The Texas law requires nearly all Texas facilities that perform abortions to operate like hospital-style surgical centers. The regulation also requires doctors who perform abortions to have admitting privileges at local hospitals.  In June, the Supreme Court placed a stay on a lower court’s ruling that upheld new abortion standards in Texas, to give opponents time to take their case to the nation’s highest court. If the Supreme Court refuses to hear the case, the stay will be lifted and the law will take effect.  About half of Texas’ 40 clinics have shut down since the law was approved and if more clinics close, nearly a million women would be at least 150 miles from the nearest abortion provider, according to NPR.  That is simply unacceptable.