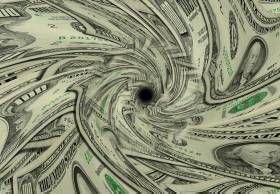 There is no question states looking to legalize marijuana are primarily focused on the tax benefits of the drug. Colorado’s 2014 tax haul for recreational marijuana was $44 million. However, weed business owners beware: In Colorado, there is a 2.9% sales tax; a 10% marijuana sales tax; and a 15% excise tax on the average market rate of retail marijuana totaling 27.9%. With all those taxes, countless smokers purchase plant material illegally while marijuana businesses say it forces them to pay taxes on a far larger amount of income than other trades, driving them literally out of business.

The IRS recently issued guidance about how taxpayers “trafficking in a Schedule I or Schedule II controlled substance” can determine their cost of goods sold.  How does a pot shop report profit on a prohibited substance?  Can the federal government tax out of existence a material they do not legally recognize?  The simple (and agonizing) answer is, “Yes.”

A 1982 law allegedly prevents drug dealers from claiming business expenses on their tax returns for unlawfully trading drugs. The provision bans all tax credits and deductions from “the illegal trafficking in drugs.” The cost of growing marijuana is deductible under the federal tax code, but not the cost of selling. Ergo, the soil and fertilizer used to grow plants are deductible but advertising, rent, utilities, and employee salaries are not.

With no tax deductions under section 280E for business expenses, drug retailers are taxed on their gross business income.  Note, Section 280E was born out of a desire for the criminal law to punish drug dealers, giving the IRS the ability to come in behind a bust and take all of their equipment.  It was not passed to punish otherwise legal businesses who employ thousands of people in the marketplace.  This relic rule from the War on Drugs is financially nonsensical.

Section 280E results in cannabis businesses paying more than 70% of their profits in taxes to the federal government – even though the Feds do not recognize marijuana as a lawful substance – while makers of Valium are allowed to embrace tax deductions to their heart’s (assuming this organ doesn’t shut down because of side effects from the drug) content.

A non-marijuana enterprise might pay a 30% federal rate on its taxable income (its gross income minus deductible business expenses). A marijuana business cannot take such deductions. The difference means the economic marijuana industry may be crippled, and efforts to fill the coffers of U.S. federal legislatures will nourish an underground, illegal market.

I had an opportunity to discuss this matter with a legal grower in California who told me that as long as the Feds refuse to acknowledge them as a legal industry, they will sell half their product out the front door and the rest out the back.  If one motivation for legalizing cannabis is to remove the criminal element from the industry, over-taxation is a step backwards.

The federal government stands to make a boatload of money from the marijuana trade even though marijuana is an illegal substance under the Controlled Substances Act. (The REAL Tea Partyers wrote me a letter indicating they want their “taxation without representation” slogan back, or at least the royalties from the catchphrase.)

People living in the 13 colonies did not have direct representatives in the British parliament. Because of that, the colonists had no way to vote for how they would be taxed or who would represent them. As a result of this lack of representation, the British government was free to tax colonists in any way that it saw fit.

Marijuana businesses are not opposed to paying taxes and complying with the law but they cannot be penalized or treated differently than other U.S. enterprises that pay Uncle Sam.  Why should they be handled like some underground crack cocaine dealer lurking in the shadows? If the IRS is going to tax marijuana companies and dispensaries, it has to be acknowledged and represented as something other than a Schedule I drug that is illegal under the Controlled Substances Act.