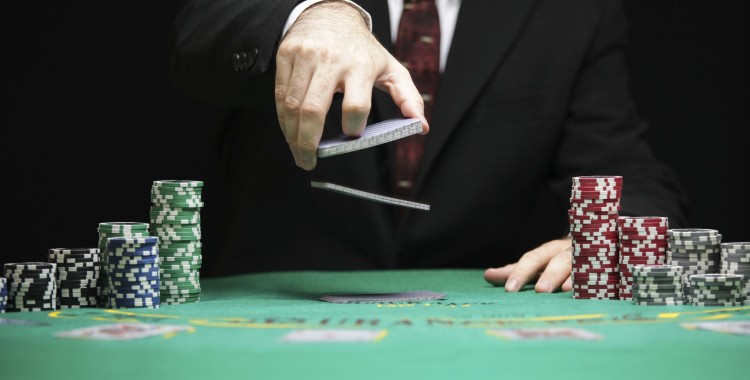 Shuffle Up & Deal: Europe’s biggest geopolitical crisis for at least two decades is upon us as Russian forces effectively took control of Crimea with the United States stirring the pot.  On Sunday, March 16 Crimeans will vote on whether they want their autonomous republic to break away from Ukraine and join Russia.  Why bother sitting at the table when pro-Russian separatists already declared Crimea part of the Russian Federation?  U.S. Secretary of State John Kerry said to a Senate committee that if the Crimean referendum proceeds with no sign of movement by Russia to negotiate with Ukraine, “there will be a very serious series of steps Monday in Europe and here.”

United States (The Host)—President Barack Obama pledged to “stand with Ukraine” ahead of the controversial Crimea referendum.  Chairman of the Joint Chiefs of Staff of the United States General Martin Dempsey has claimed that in the case of an escalation of unrest in Crimea, the U.S. Army is ready to back up Ukraine and its allies in Europe with military actions.  Just when you thought the political blowback from sequestration would derail large-scale military involvement overseas, think again: the Defense Department also announced two NATO AWACS planes are surveilling Ukraine and the Black Sea region to monitor Russian troop movements.

Germany (Check Raise)—Ina speech to the German parliament, Chancellor Angela Merkel said the EU and other Western nations were prepared to freeze bank accounts and impose travel restrictions on Russia if it refused to enter “negotiations that achieve results.” Chancellor Merkel has declared an allegiance to Obama.  I suppose her initial irritations over the NSA’s interceptions of pillow talk between her and hubby Joachim Sauer were not as deplorable to her Bratwurst sensibilities as originally thought.

Ukraine (Dead Man’s Hand)—Ukraine’s interim Prime Minister, Arseniy Yatsenyuk, did not mince words when he recently remarked, “We will never surrender.”  The Ukrainian Prime Minister blamed the crisis on Russia and accused Moscow of undermining the global security system by taking control of Crimea.  When the chips are down, will Ukraine know when to fold em’?

Russia (The Bluff)—In little more than a week, Russian forces have taken over military installations across Crimea.  Russian President Vladimir Putin invaded Georgia in 2008 and faced little Western opposition.  Yet Russia is in political, economic and social decline ever since Putin’s belligerent behavior began driving his neighbors closer to NATO.

If I’m a gambling man, I’m placing a bet Western willpower deals a losing hand to the Kremlin.  Unfortunately, I see no silver lining in this latest East v. West fairytale, er, nightmare.   All the king’s horses and all the king’s men cannot put Eastern Europe back together again.