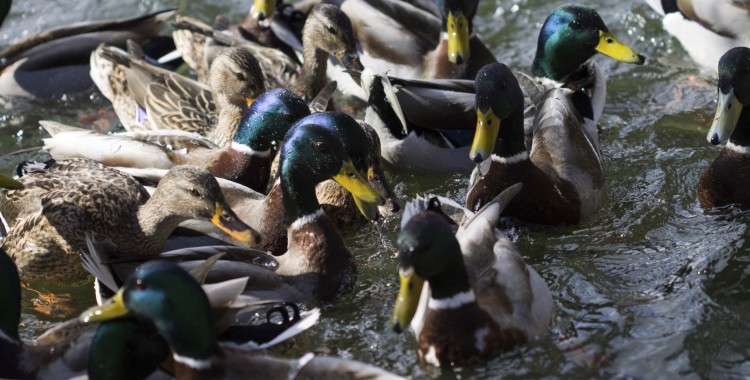 Setting the Scene for Stupidity:  The A&E program Duck Dynasty is a No. 1-rated cable reality show, which features the Robertsons, who became wealthy from their family-operated business that makes products for duck hunters, primarily the duck call named Duck Commander.  Think swamp-to-riches clan that sports iconoclastic beards and wears camouflage denim.  (I never said it was pretty.)  Birds of a feather do flock together in this TV program about a family that runs the duck call fabrication business.

Fans of Duck Dynasty are “blind” with rage over A&E making duck soup out of 67-year-old patriarch Phil Robertson who was indefinitely suspended for making disparaging remarks about homosexuals, African-Americans and women in a GQ interview.  Others believe Robertson counted his ducks before they hatched and didn’t play the fame game decorously.  Has the founder of Duck Commander wrongly had his rights silenced?

Basis for the Dishonorable Nomination: Below are three fundamental ideas you must consider before deciding whether Phil Robertson should be a dead duck.

1.         Like a duck to water, Phil Robertson has a right to speak. Mmmm loves me some freedom of speech but at the same time, I am a free market guy.   I have been told to temper any potentially inflammatory comments for my radio, television and newspaper “appearances” so the networks get their ratings and mollify their advertisers.  Duh.  You have to play duck duck goose by the rules.
2.         Robertson and other fowl at Duck Dynasty do not own their brand, A&E does.  Sure these individuals are the stars of the show but they have no claim to Duck Dynasty.  When Robertson et al. headed for the piercing bright lights of Hollywood, they agreed to cede their quacking privileges to A&E.  For instance, the cast, including Phil, signed a “morals” clause that allows A&E to protect its investment in the show by controlling its star’s messages.  In our democracy, freedom of speech has to do with the government censoring speech—not the private sector.  Robertson was a dead duck the moment he made his homophobic, racist and sexist remarks.  Since the First Amendment only applies to the government, a private person can lawfully saw, “I won’t hire you or let you be on TV anymore.”  Think Charlie Sheen or Brian from Family Guy.
4.         If it looks like a duck and quacks like a duck, it is a publicity stunt.  Phil Robertson has a reputation for being caustic on Duck Dynasty.  His statements to GQ were so uncannily offensive that it is obvious they were meant to be controversial.  Publicity for the show skybusted and now everyone, including www.newsmunchies.com, is blogging about it.  All press is good press, right?  I smell a duck decoy.