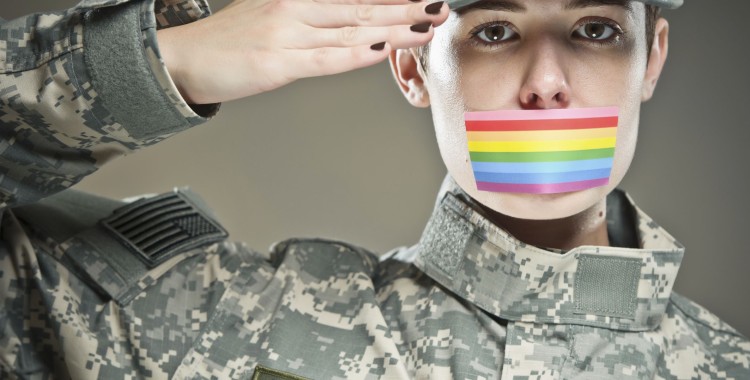 “For every action,there is an equal and opposite reaction.”  Sir Isaac Newton’s Third Law of Motion

Setting the Scene for Stupidity:  Newton’s Third Law of Motion means that all forces areinteractions between different bodies, and thus there is no such thing as a unidirectional force.  Confused? Don’t be.  Here I break down this physics rule through an unpretentious example:

Action:  By presidential decree, the military now provides spousal benefits for gay soldiers after the Supreme Court struck down provisions of the Defense of Marriage Act.

Action:  The Pentagon told Fallin “Hell no,” or something to that effect, regarding her bigoted (and illegal) stance.

Reaction:  Fallin spited every military spouse in the Oklahoma National Guard, regardless of whether they are gay, straight or squiggly, by denying him or her benefits.

Basis for the Dishonorable Nomination:  You don’t have to tell me that we live in a diverse nation.  I can pluck one person from a duck tour in Boston, Massachusetts and one Crimson Tide devotee from an Alabama football stadium to discuss gay rights, and they will both have vastly different views on the subject.  And that’s not an altogether bad thing.  But the Sooner State’s Governor, who was born in my home state of Missouri, has found a clever way to deny same-sex military families benefits: She’s eliminated ALL spousal benefits for married couples in the Oklahoma National Guard.  Fallin did this despite the fact her action violates the military’s explicit policy of providing spousal benefits to same-sex couples.

Unfortunately, Fallin is not a homophobic, lone wolf politician who is reacting to the sixteen states that now permit gay marriage.  American Military Partner Association president Stephen Peters advises, “The Texas Military Forces, under the leadership of Gov. Rick Perry, has sent a strong message that Department of Defense policies and direct orders by the Secretary of Defense will not be followed.”  Texas, along with Mississippi, Florida, Georgia, Louisiana, and South Carolina has refused to issue military IDs to gay spouses.  Initially you might hypothesize that conservative’s pushback to the federal mandate may be geographic in nature until you hear reports Mary Fallin could be New Jersey Gov. Chris Christie’s running mate in 2016.  (A New Jersey judge ordered state officials to allow same-sex couples to marry in October.) Are we ready for that kind of geographic crossbreeding?

Back to Sir Newton.  Mary Fallin’s refusal to comply with a Pentagon order directing that the spouses of gay National Guard members receive the same federal marriage benefits as heterosexual military spouses deserves a similarly forceful reaction.  Accordingly, Fallin will be sentenced to a year of hard labor bartending at Ty’s Bar NYC, a well-worn survivor of gay bars on Christopher Street.  Hey, it’s the law of physics.