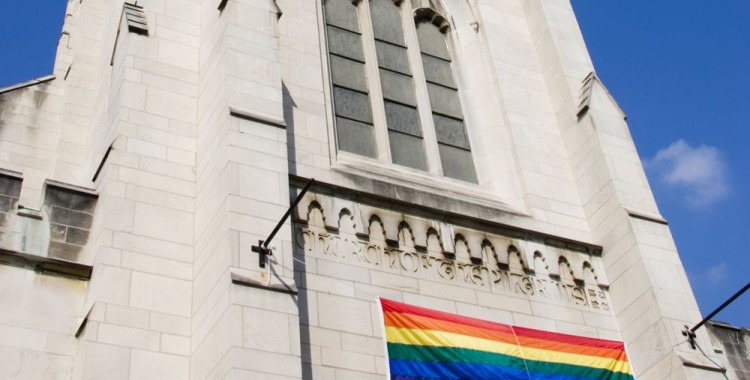 “Let’s not be naïve, we’re not talking about a simple political battle; it is a destructive pretension against the plan of God.”  From a letter by Cardinal Jorge Bergoglio, now Pope Francis, to the Carmelite Sisters of Buenos Aires on the perils of marriage equality.

Setting the Scene for Stupidity:  Pope Francis has static electricity running through his veins.  We all saw a glimmer of hope for the little Catholic Church that could when he announced on July 29 that he would not judge gay priests, but whether those common sense remarks will result in dynamic new Church policies remains to be seen.  The 266th pope said, “If someone is gay and he searches for the Lord and has good will, who am I to judge?”  Pope Francis uttered these immortal words to reporters on a flight from Brazil (where homosexuals have been able to access marriage rights since May). Some say the directness of the pope’s comments suggests that he wants to set a new tone of reform.  Ted Corless says, “Do not put the cart before the horse.”  I am not up for playing make-believe with you intelligent folks.  The Catholic Church preaches homosexual acts are sinful so unless a mad scientist channeling Albert Einstein develops a drug to take away homosexual urges from gay people, the Church has to overhaul its anti-gay rhetoric.

Basis for the Dishonorable Nomination:  For generations, homosexuality has largely been a taboo topic for the Vatican, ignored altogether or treated as “an intrinsic moral evil.”  I am not trying to burst anyone’s watermelon-flavored (sugarless) bubble gum, but Pope Francis’ words are meaningless unless and until the Church advocates total acceptance of LGBT persons, and not just gay priests.  Words matter, language is relevant, and the pope’s recent remarks are hollow musings at best.  His comments have not signaled any change in Church policy—Catholic teaching still holds that homosexual acts are “intrinsically disordered.”   Chad Griffin, the Human Rights Campaign president, states that as long as gay individuals “are told in churches….that their lives and their families are disordered and sinful because of how they were born then the church is sending a deeply harmful message.”

Pope Francis has a larger than life platform to positively affect the way homosexuals are treated but he stopped short of calling for acceptance of gay people’s entire personhood.  Also, don’t expect any miracles for women because the pope rebuffed suggestions that the Church reform its dogma on that underrepresented group.  On his sleek and generously outfitted papal plane, Pope Francis vetoed the possibility of ordaining women as priests.  He tersely responded, “The church says no. That door is closed.”  Statements like those make me proud not to believe in Catholic magic.  Heaven help the Catholic Church and their uneven treatment of homosexuals and women.  For that I ask, WTF?