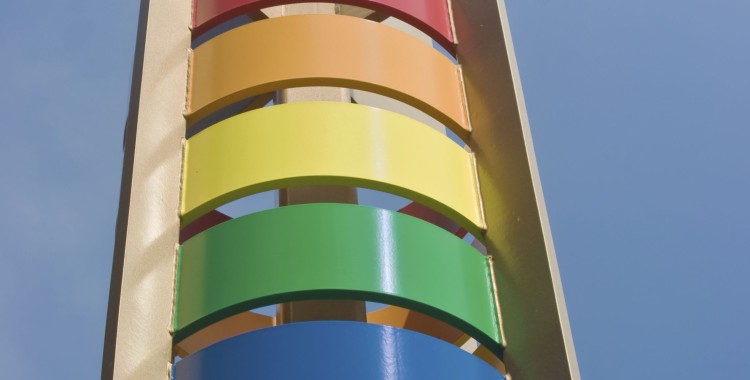 “Gay marriage won’t lead to dog marriage.  It is not a slippery slope to rampant inter-species coupling. When women got the right to vote, it didn’t lead to hamsters voting.”
― Bill Maher, New Rules

President John F. Kennedy spearheaded one of the largest social reform overhauls in 1960, which he aptly branded the New Frontier.  Kennedy explained:

[W]e stand today on the edge of a New Frontier … Beyond that frontier are uncharted areas of science and space, unsolved problems of peace and war, unconquered problems of ignorance and prejudice…

Absent equal marriage rights, homosexuals, like blacks and women in the 1960s, have unfilled hopes, dreams, and “unconquered problems of ignorance and prejudice.”  The U.S. Supreme Court in U.S. v. Windsor recently struck down the Defense of Marriage Act (DOMA), which led to the federal government’s recognition of the legal marriages of gay couples.  Now two states are pioneering same-sex marriage rights and planting seeds of change, albeit in strikingly different ways.

Illinois:  In The Land of Lincoln, Cook County Judge Sophia H. Hall recently heard oral arguments in a lawsuit that involves twenty-five gay and lesbian couples whose filing for marriage licenses was denied.  Attorneys for the couples have said that the state’s same-sex marriage ban, approved in 1996, violates the state constitution’s due process and equal protection clauses.  An attorney representing five downstate county clerks defending the same-sex marriage ban said gay couples in Illinois have many of the same rights as heterosexual ones, partly because Illinois permitted civil unions in 2011. That’s a tough one, Judge Hall, but I have all the evidence you need to make a well-reasoned decision that accounts for the fact civil unions do not a marriage make. See, http://www.newsmunchies.com/2013/08/episode-8-free-to-be-u-and-me/.

Pennsylvania may be a beat behind Illinois’ push to legalize same-sex marriage, but not by more than an eight count.  Calling Pennsylvania’s Defense of Marriage Act “a fundamentally unjust piece of legislation,” suburban Philadelphia Mayor John Fetterman began performing same-sex marriages on August 5 despite a state ban.  One of the couples the mayor married told The Huffington Post, “We pay the same taxes, we do everything the same, but we don’t have the same rights.”  The mayor’s actions could lead to a reversal of the state’s version of the federal Defense of Marriage Act, or, a judge could side with the mayor and find that the ban on same-sex marriage contradicts the state’s constitution.

Even if I cannot appeal to So Called Conservatives’ sense of morality, maybe I can appeal to their wallets.  The shift from civil unions to marriage will both bring money into the state from the federal government and keep money from flowing out of the state to the federal government.  As such, fiscal conservatives, many of whom proudly wear their GOP stickers, cannot afford to overlook the new frontier before us.