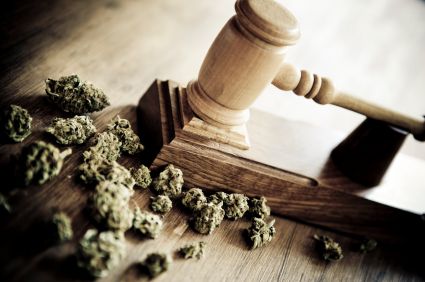 The U.S. Justice Department has yet to clarify its stance on whether the federal government will decriminalize cannabis, but President Barack Obama says recreational users in states that have legalized it should not be a “top priority” of federal law enforcement officials. “We’ve got bigger fish to fry,” the President told ABC News’ Barbara Walters in December.  President Obama himself admitted in his memoir Dreams From My Father, “Pot had helped, and booze; maybe a little blow when you could afford it.”

Democratic Rep. Jared Polis from Colorado will introduce the Ending Federal Marijuana Prohibition Act of 2013.  See http://www.scribd.com/doc/123986709/Ending-Federal-Marijuana-Prohibition-Act-of-2013.  What is most revealing about the reaction to this bill from the far right is it exposes the crater-sized holes in conservative’s war on drugs rhetoric.  Rep. Justin Amash of Michigan’s deputy chief of staff Will Adams clarified, “It’s going to be a tough sell for some conservatives…But some conservatives, like Congressman Amash, want the federal government to get out of criminalizing marijuana.”

According to a new CBS News poll, 65% of Republicans support allowing state governments to determine the legality of cannabis.  GOP Congressman Dana Rohrabacher says conservative’s ideology of a limited government is in harmony with permitting states the right to decide whether to decriminalize cannabis.  The party’s libertarian wing has long opposed government infringement on personal choice and fiscal conservatives point to the billions of dollars in taxes and fees that legalizing cannabis might yield for cash-strapped state budgets.  While Rohrabacher concedes Congress is nowhere close to letting smokers light up with impunity, he predicts it will be a major issue in the Republican presidential primary.

“If it was a secret ballot, the majority of Republicans would have voted to legalize marijuana a long time ago,” says Rohrabacher.  Alex Altman, a correspondent for TIME examined in his article, “Up in Smoke: Why the GOP’s Views on Pot are Showing Signs of a Shift,” how Republican’s push to decriminalize marijuana could help them connect with younger voters.  “It’s one of the easier things for them to do,” says Larry Sabato, a University of Virginia political scientist. “It’s easier than immigration.  It’s easier than supporting gay rights” and it’s one of the reasons libertarian Ron Paul earned such a fervent following.

This is exactly the kind of CSI break the GOP needs.  If Republicans are open to suggestions, they better put a drinking glass up to the door and listen carefully:  The religious right has to be surgically removed and Republicans have to embrace younger voters if they have any hopes of hiring United Van Lines to transport a Republican’s luggage into 1600 Pennsylvania Avenue in 2017.  Puff on that, Democrats.