Ted Corless, Cannabis, and the Law

“The status quo regarding cannabis looks to protect the right of the Government to abuse its power through the imprisonment of the People’s consumption of marijuana, a status quo ignorant of the facts surrounding its use and protected by powerful moneyed interests against it. I unwaveringly advocate for the proposition that it is better to have a well-regulated, legal product than a poorly regulated, illegal one.”
-Ted Corless 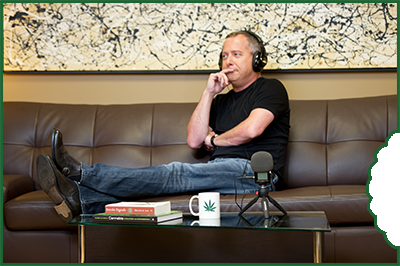 Bold. Daring. Provocative. Unparalleled. Ted A. Corless Esq. has arrived as the preeminent force of gusto and guile in revolutionizing the way people talk about the political, economic, and social context of marijuana. Ted knows the chief way to get Americans thinking critically about cannabis as a polarizing issue is to break the issue down by defining and examining abstract political, religious, governmental, environmental, cultural, economic, and legal themes.

He offers stimulating and spicy commentary on News Munchies with Ted Corless in order to find workable solutions to evolve the legalization of cannabis. Ted’s mystique originates from the unapologetic way in which he gets people fired up about potential avenues of discord in order to find answers before problems manifest themselves into impenetrable obstacles.

Ted knows great content brands a website as a trusted resource and he is perfectly poised to lend credibility to cannabis commentary by using his critical thinking skills to analyze explosive marijuana-related themes.

Ted Corless is the very definition of the American success story. From growing up in a small Missouri town to becoming the Managing Editor of the University of Missouri Law Review to having his first oral argument before the Kansas Supreme Court and first jury trial within one year of graduation, Ted continues to set new standards of excellence and fairness while expanding his interests.

His legal employment includes some of the nation’s largest and most powerful law firms, including Shook Hardy & Bacon, LLP, an international law firm infamous for its vigorous representation of multinational corporations. As a fast learner and ferocious trial lawyer, Ted scored winning decisions on complex legal issues for his clients that included everyone from Big Tobacco to Big Oil to Big Insurance.

After spending nearly two decades representing some of the world’s largest companies, Ted passed on partnership offers from several large law firms and formed Corless Barfield Trial Group in Tampa, Florida, in which he uses his behind the scenes knowledge of the insurance industry to sue insurance companies on behalf of Florida families and business owners.

Ted continues to spend time in the legal trenches working for marginalized people, with a special passion for veteran’s affairs. For the past twenty years, Ted spoke for them all. Now, he speaks for change and reformation of today’s cannabis laws.

As an outlet for his ideas and passion, Ted became an outspoken member of the media on issues associated with legal injustice and the continuously disastrous Drug War. As a national correspondent who appeared on Fox News and Al Jazeera, Ted demonstrated a skill and prowess at discussing legal issues without adaptation to any political perspective. Ted is deeply concerned about the direction America is moving on the cannabis issue.

Aside from Ted’s vast amount of legal expertise, he has been politically inclined since he was a teenager. Instead of marveling over DC Comics as a adolescent, Ted could be found handing out flyers at the mall in support of first-time presidential hopeful Ronald Reagan even though his parents were Democrats.

Ted upped his game during the 1984 presidential fight when he worked the local phone bank to re-elect Reagan. During Ted’s last year of college, he worked for the future U.S. Attorney General John Ashcroft when Ashcroft occupied the seat of Governor of Missouri.

Ted relishes the honor of gaining firsthand knowledge of the inner machinations of a presidential campaign and how the Government can effectuate palpable change. However, in the past decade or so, Ted sees America becoming unhinged, especially as it relates to the War on Drugs. When Senator John McCain ran for president in 2008, he referred to himself and his desire to cut taxes and spending as “a foot soldier in the Reagan revolution.” Ted makes no apologies for being a foot solider in today’s Drug War revolution ready to fight for what is right about legalization. 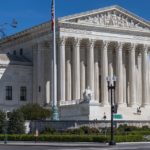 Statements by Justice Clarence Thomas Are Not an Endorsement of Marijuana 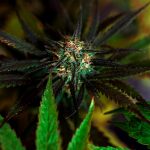 Delta Wave: How Delta-8 THC Is Changing the Cannabis Landscape 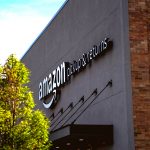 E-Commerce & Cannabis: Where Amazon Goes, the Rest Will Follow? 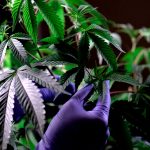 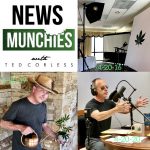 Half Baked? Cannabis Legalization on 4-20-21