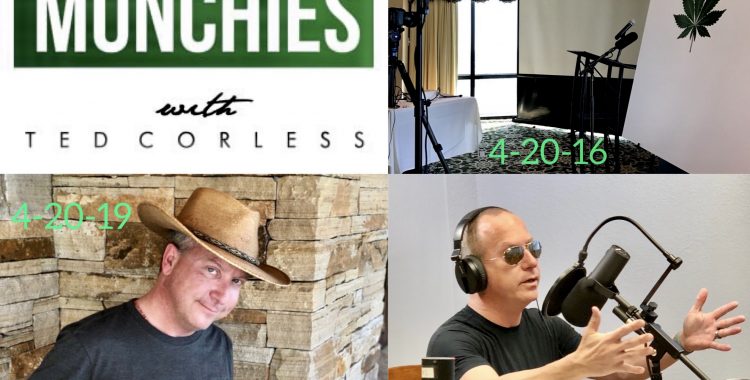 It’s the most wonderful time of the year: 4-20.  With the recent legalization of cannabis in New York and Virginia, as well as a push to decriminalize cannabis at the federal level thanks to the Marijuana Opportunity Reinvestment and Expungement (MORE) Act, cannabis advocates and consumers will have a lot to celebrate on Tuesday, April 20, 2021.

On 4-20-21, people are bound to be lit as more states legalize the plant.  While it’s true many 4-20 celebrations remain online for a second year in a row due to the COVID-19 pandemic, there’s still plenty to fête.  Cannabis is big business: U.S. sales hit a record $17.5 billion in 2020.  Compare that to revenue for the NFL, which was a “meager” $12 billion.

Eighteen states and the District of Columbia have now either voted or passed legislation to legalize adult-use recreational cannabis.  Colorado, a pioneer in fostering a recreationally safe and economically viable legalization framework, was the first back in 2012.  The percentage of Americans who now live in states that have championed full legalization is more than 40 percent.  Thirty-six states have legalized medical marijuana.

However, cannabis remains illegal under U.S. federal law.   This despite a national sea change of opinion on the plant that has only accelerated due to the coronavirus pandemic.  What’s clear is that if you put the vote to the people, the people are going to legalize.

There is a growing acknowledgment that the War on Drugs campaign has disproportionately targeted communities of color, criminalizing many for the sale and possession of the plant.   For example, in 2018, African Americans were arrested for marijuana possession at a rate 193% higher than whites despite research showing that blacks and whites use marijuana and other drugs at similar rates.

By legalizing marijuana at the federal level, we can begin to right past wrongs of this country’s failed Drug War.  April 20 seems as good a time as any to rededicate our efforts to criminal justice reform as there is a direct, causal connection between the War on Drugs and racism.

But is legalization at the federal level a pipe dream?  Sure, Democrats control Congress and we have a Democrat taking up residence at 1600 Pennsylvania Avenue but President Joe Biden’s support of legalization is mixed, which, in reality, equates to a disjointed “joint” policy for the U.S. President Biden needs to bring the circus of disparate cannabis laws in for a landing or else surrender power to the Republican clowns who oppose legalization.

New Yorkers wait for no one.  Senate Majority Leader Chuck Schumer (D-NY) says he’s ready to move forward on federal marijuana reform.  Senator Schumer said he hopes President Biden’s views on cannabis legislation will evolve, but whether or not that happens, “at some point we’re going to move forward, period.”  Senator Schumer went so far as to suggest that he knows there are Republican senators who support removing cannabis from the Controlled Substances Act.  If you want something done, leave it to a New Yorker to do it.

Let’s take stock of where we are as the states have already experimented with cannabis legalization.  Medical and recreational legalization of cannabis by the states has worked out remarkably well.  They have been successful from an economic, safety, health, and criminal justice reform standpoint.  The parade of deplorables and horribles that many anti-legalization folks put forth never materialized.   In fact, the opposite is true: Prohibiting the use, sale, and production of cannabis products is bad policy and untenable.

On 4-20-21, I want you to break the mold and try something new.  Test a new cannabis-infused recipe.  Take an edibles cooking class (virtual or safely in-person).  Go to a spa specializing in CBD oils and treatments.  Binge-listen to your favorite cannabis podcast a.k.a. NewsMunchies with Ted Corless.  Shop small cannabis businesses and support your local community.  Many dispensaries and legal marijuana distributors are run as small businesses and by minority owners, and they offer deals and giveaways to celebrate the cannabis holiday.  Whether online or socially distanced/vaccinated, you can participate in 4-20 cannabis festivities.  The idea is to get out there and have a cannabis experience.