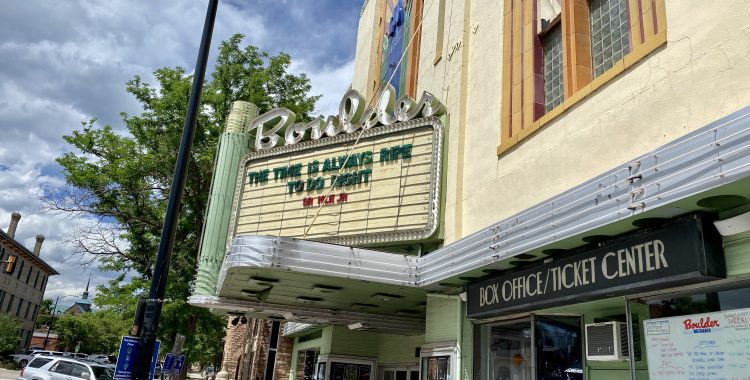 “The time is always right to do what is right.” Martin Luther King, Jr. said so much with so few words. His wisdom lives on long after his assassination. Case in point, on Sunday, as my family and I walked the bucolic Pearl Street nestled in beautiful Boulder, Colorado, I came across this marquee spotlighting Dr. King’s immortal words. Nearby, a peaceful protest was occurring to demand justice for people of color.

George Floyd was murdered over a $20 bill, by a team of four police officers, one who did the deed, and the others who stood by and watched. If I were the accused, I would have been gently placed into a police car, and allowed immediate access to my lawyers.

Breonna Taylor, a 26-year-old African-American woman, was killed by Louisville, Ky. police officers. Why? Because the police were told they could enter the apartment, with a battering ram, in the middle of the night. Her companion returned fire, and the police littered the apartment with more than 20 bullets, eight of which hit Breonna, ending her short life. It is too bad the police were looking for someone else who happened to be in jail at the time they entered Breonna’s home. If in the middle of the night my door blew open without any announcement, I would have taken steps to defend my family, including shooting the perpetrator. If I did that, I would be described as a victim, and I would be saved by the “Castle Doctrine.”

Ahmaud Arbery was lynched for jogging in his own neighborhood by three men who played the roles of a “white citizens’ counsel,” like those used during slavery to locate and torture slaves who sought freedom from the shackles of their masters. For months, the local police in his Georgia town took no action against the killers, but instead agreed they had some right to a citizens’ arrest, and ultimately, a citizens’ summary execution. Many times, I carry a permitted, concealed weapon, and if I returned fire, I would be excused under the “Stand Your Ground” law.

Welcome to 2020, where there are two sets of rules like there used to be two drinking fountains for different races.

I started my NewsMunchies with Ted Corless brand back in 2012 to raise awareness about issues surrounding cannabis legalization. I have studied and reported on the close connection between police violence and higher incarceration rates for the African American community tied to cannabis prohibition. Although people of color use cannabis at a rate less than whites, African Americans are four times more likely to be arrested for it.

Back in 2012, the death of a black teenager, Trayvon Martin, was a flash point in my coverage. Sadly, little has changed in terms of the need for these kinds of stories to see the light of day. George Floyd did not ask to be another example of violence against people of color. However, his death, as well as recent others has created an apparent reckoning for #BlackLivesMatter.

Previously, many white people thought #BlackLivesMatter was some kind of organization, or just a catchy website, when instead, it’s simply an idea, born out of necessity to prove the living worth of many of our fellow citizens.

Everyone has skin in the game – literally and figuratively. The death of George Floyd at the hands of white police officers has outraged people across the globe, including myself. Ultimately, increased awareness sparked by demonstrations is useful only if it prompts real policy change and more justice.

As a white man committed to combating racial injustice, police brutality, and senseless, institutionalized violence, I want to lend my voice and my white privilege power to pave the way for lasting change. I have always opined that the best way to avoid prosecution for cannabis-related infractions is to be white. As I expand the reach and breadth of my brand to be more inclusive of other issues that are important to me, I think there’s no better place to begin than the #BlackLivesMatter Movement.

Please, register to vote, and find those around you who should vote, too.