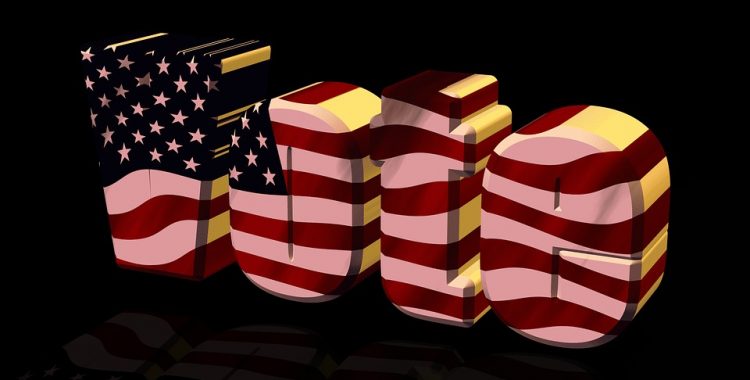 “Too many people fought too hard to make sure all citizens of all colors, races, ethnicities, genders, and abilities can vote to think that not voting somehow sends a message.” – Rep. Luis Gutierrez

The retiring Illinois congressman whose quote appears above had it absolutely right. We must vote during the midterm elections on November 6. Some 72% of Democrats and nearly 51% of Republicans support the legalization of cannabis, according to Gallup.  The lucrative and medically beneficial legal cannabis industry is front and center of voting this year as Americans head to the polls for midterm elections next Tuesday.

Voters won’t just be deciding on U.S. senators, members of Congress, attorney general posts, governors, and other elected officials – they’ll be voting on a number of marijuana ballot initiatives – proving that states continue to be laboratories of democracy, testing whether regulated sales are better than criminalization. Short answer: “Hell ya.”

Marijuana has been sold legally in Colorado and Washington state since 2014.  Colorado lawmakers showed presence of mind (and accountability) to require that numerous aspects of its experiment be studied and reported each year.

Here’s what you need to know about this year’s elections: Cannabis initiatives are on the midterm election ballot in Michigan, North Dakota, Utah, and Missouri. Specifically, voters in Utah and Missouri will choose whether patients should gain access to medical marijuana. In Michigan and North Dakota, where medical cannabis is already legal, residents will decide whether to allow it for recreational use. If so, they would join nine other states plus Washington, D.C. in fostering a regulated recreational marijuana market.

The ballot initiative to legalize recreational marijuana in Michigan remains popular with voters but faces a late push from opponents running attack ads in an effort to defeat the measure. Also, if younger voters in the Wolverine State don’t materialize at the polls, this is going to be a closer proposal than it is polling at right now.

Legalizing cannabis in conservative North Dakota seems like a possibility as well. Measure 3, which would legalize cannabis for adults 21 and over with no possession limits is ahead among likely voters by a margin of 51 percent to 36 percent in a recent survey.

In the heated race for Florida’s governorship, candidates Andrew Gillum (D) and Ron DeSantis (R) seem to actually be on the same page when it comes to cannabis legalization. “Legalize it. Tax it,” Gillum tweeted. Meanwhile DeSantis explained, “I am going to implement the will of the voters. They passed medical marijuana overwhelmingly, and my view is we have a process in Florida when that happens. We should just simply implement it.” Whoever becomes Florida’s next governor will hopefully implement a more user-friendly medical marijuana paradigm and then push for recreational legalization.

The need to vote pro-pot has never been more pronounced as it is at this watershed moment in American history. U.S. law enforcement agencies made about 600,000 arrests for marijuana possession in 2017, according to FBI reports.  Federal law still considers cannabis an illegal Schedule I drug under the Controlled Substances Act.  Attorney General Jeff Sessions has been an outspoken opponent of legalization, but if Sessions leaves the Trump administration after the elections, the DOJ’s position on marijuana enforcement could change. But that’s a big “could.”

When voters across the country head to the polls on November 6, they will be deciding on a list of key policy issues. Don’t ignore cannabis – it is a noteworthy civil rights, medical, and criminal justice reform issue. While midterm elections consistently have a much lower voter turnout compared with general elections, cannabis looks to be a significant motivator of who shows up to vote this year. Rock the vote.