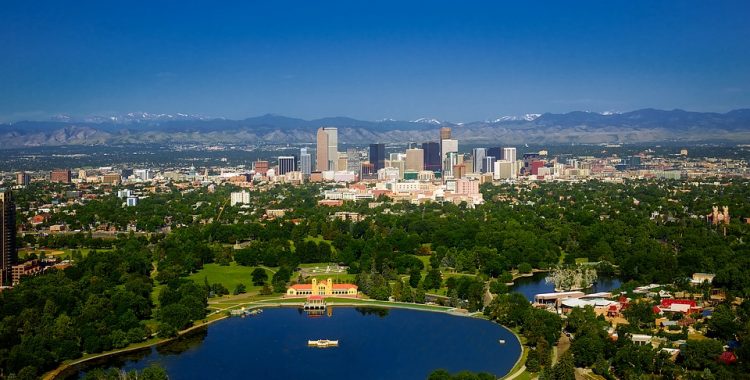 As I pack my bags, about to embark on a series of interviews and investigations in the state that started it all, I can’t help but wonder, has Colorado gotten the cannabis question right? Laws legalizing marijuana use in individual states are still in their infancy, and many questions remain to be answered. As one of the states pioneering the recreational cannabis movement, we still have much to learn and discover in Colorado.

Welcome to the green rush in Colorado. At the end of the first year of recreational cannabis sales in 2014, there were 147 licensed retail stores in Colorado. Five years later there are 529 licensed cannabis retail stores. The Colorado Department of Revenue recently released sales figures and found that the state’s marijuana shops sold $124.31 million in medical and recreational cannabis during April 2018.

Moreover the Colorado 4/20 Games are taking over the Mile High this week. The third annual Colorado 4/20 Games return on June 23, bringing athletes, scientists, journalists, and cannabis consumers together for a day of analysis and advocacy. A series of unique athletic events taking place in Denver will promote the healthy and responsible use of cannabis.  All events feature a 4.20 mile course, various athletic events, speeches from pro athletes, educational talks, and music.

While pot tourism may be alive in Colorado, it is not necessarily doing well. Denver police are cracking down on marijuana tourism companies. This month, police cited 31 people who were part of a bus tour which takes people between pot dispensaries.

Additionally, law enforcement officials opine that despite the legal recreational market, the state still has a thriving black market. So far in 2018, El Paso County, which includes Colorado Springs and a large swath of the Eastern Plains, has executed 64 search warrants, and they’ve seized 5,252 plants and 786 pounds of processed marijuana.  Teller County, which neighbors El Paso County, has also found that groups tied to foreign drug cartels grow marijuana in rented homes there, with the intention of distributing it in other U.S. states.

While marijuana is quasi legal in Colorado – it is illegal under federal law – there are strict rules regulating the use and sale of the substance, just like alcohol and tobacco.

If you are having trouble parsing the availability and legality of cannabis in Colorado, or deciding which dispensary in Denver to visit, stay tuned to newsmunchies.com.  I will be exploring all the legal nuances as well as some of my favorite shops in upcoming blog posts and videos. With an ever-growing menu of flowers, edibles, concentrates, topicals, and accessories to choose from, you need someone to help curate the options.