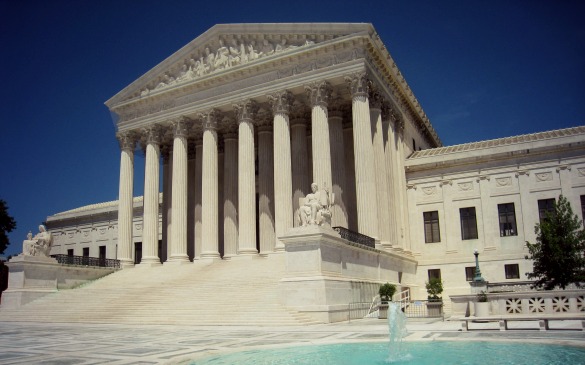 Immigration chaos. A proposed border wall that it turns out Mexico isn’t going to pay for. The revival of two controversial oil pipelines. I get it. We’ve got problems in the United States. But is there a pint-sized green light at the end of the tunnel, whose spaciousness is only as big as a joint, which may just be enough? Let’s assess.

Neil Gorsuch, Donald Trump’s pick for the Supreme Court, has not made any known public pronouncements about marijuana policy, and despite his tenure on the 10th U.S. Circuit Court of Appeals in Denver, he has not ruled in any cases that directly take up the issue. However, in Feinberg et al. v. IRS, Gorsuch ruled against a Colorado dispensary that sought not to report data about its operation to the IRS because marijuana remains illegal under federal law. Judge Gorsuch explained, “So it is that today prosecutors will almost always overlook federal marijuana distribution crimes in Colorado but the tax man never will.”

Meanwhile, Boulder District Attorney Stan Garnett has been selected to join a group of prosecutors from across the country that will help advise the Trump administration on policies regarding marijuana. (The National District Attorney’s Association created a policy group featuring 14 district attorneys who will issue guidance on possible law or policy changes about marijuana as more and more states legalize it.)

Garnett said while there are a variety of states in different stages of marijuana legalization represented in the group, the NDAA still is a conservative group, which is why he felt it was important to add his voice. “I think one of the things that happens is that many of the people in states where there is no legalization have a complete misunderstanding of states like Colorado,” Garnett cautioned.

Marijuana is illegal under federal law, which gives Trump and his administration the ability to overturn programs in the states that have legalized marijuana for medical use, recreation, or both. But sixty percent of Americans surveyed in a Gallup Poll last year said they favor legalization, up from 35% in 2005. Even Republicans are embracing marijuana on some level.

If Trump stands for nothing, it can be argued he will fall for anything. Although it’s a safe bet the new POTUS will stick with the status quo and support states’ rights, giving one in five Americans with legal access to marijuana currently the green light to light up.

Above all, Trump is a businessman. When the inhabitant of 1600 Pennsylvania Avenue was asked if he gets lonely because his wife and son reside in New York City, he replied that it just allows him more time to work. Business owners say economic arguments in their favor make Trump pro-marijuana. “We’re not talking one thousand or two thousand jobs, we’re talking billions in revenue, hundreds of millions in taxes, tens of thousands of jobs,” says Derek Peterson, CEO of Terra Tech, a company that grows and sells medical marijuana.