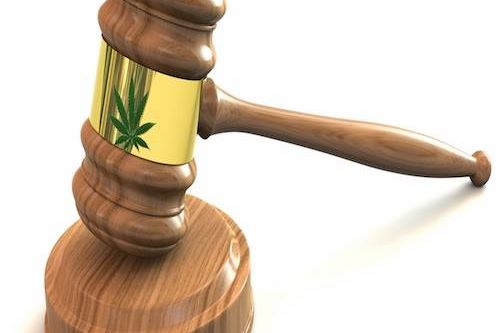 Florida is a safe place if you count yourself among the overwhelming majority of like-minded medical marijuana supporters. As noted in a recent blog post, the raw data on Florida’s Amendment 2 undeniably expresses Florida’s hunger for marijuana as medicine.  There’s a 70 percent chance you voted for Amendment 2 if you are reading this blog.  Thank you.  Now, what has Amendment 2 done for you lately?

Here’s the problem.  There are enormous icebergs right ahead for Amendment 2.  If you think the passage of a constitutional amendment signals change, think again.  Just ask anyone who voted for Florida Monorail, Amendment 1 (2000), which provided for the development of a high-speed monorail in the state between major urban areas. Similar to Amendment 2, Amendment 1 required a 60 percent majority to pass.  It was approved, and then was held up by Governor Jeb Bush who refused to fund it administratively.  This gave politicians time to get it back on the ballot as Amendment 6 (2004), which passed and retroactively eliminated the Florida Monorail.

What’s the solution?  You must come out of the closet.  Watch, I will go first. Hi.  My name is Ted and I smoke pot. That wasn’t so bad, was it?  Now it’s your turn.

The entire foundation of the War on Drugs is a battle with the truth.  When it comes to cannabis, what you’ve been told is completely wrong.  Instead of building a foundation upon accuracy, cannabis opponents have based their platform on gritty factoids about marijuana, but not about the plant itself.  Nixon’s War on Cannabis was about the people who smoked it, not the substance.  The more people who consume cannabis that are open about it, the more we can melt the stigma associated with it.

Going public about consuming marijuana is civil disobedience in its classic form.  People’s first obligation is to do what they believe is right and not to follow the law dictated by the majority. When a government is unjust, people should refuse to follow the law and distance themselves from the government in general.

Martin Luther King, Jr., famously said, “one has a moral responsibility to disobey unjust laws.” When we look back on American history, the progress of Western civilization is founded on the violation of law. Jurors are using their nullification powers to refuse to convict those charged with marijuana possession. There are accounts in multiple states where jurors are declaring that regardless of the facts against a criminal defendant, under no circumstances would they convict anyone for cannabis possession.  Be disobedient and tell others.

President-elect Donald Trump just sent a big message regarding where he may end up on the cannabis spectrum by elevating Senator Jeff Sessions (R-Ala.) to the position of Attorney General.  Sessions role as top dog at the DEA, FBI, and U.S. attorneys once said, “good people don’t smoke marijuana.”  My response to the Attorney General designate is, I heard good people prefer vaping.