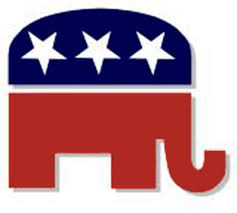 Elephants have long memories, and despite all rhetoric to the contrary, so do pot smokers. We know who has our back.

The Republican National Convention in Cleveland, Ohio went off without a hitch. (Yeah, right.) Delegates voted to oppose legalizing even non-psychoactive medical cannabis as well as regular medical marijuana. While many GOP candidates had endorsed states rights for marijuana during the primaries and young Republicans support outright legalization, convention delegates were solidly pro-Drug War.

Republican presidential nominee Donald Trump says that he supports medical cannabis and has commented that he would let states implement their own laws without interference. This position stands in sharp contrast to his colleagues and running mate, Mike Pence, who voted in Congress to let the DEA continue to raid medical marijuana patients and providers.  Here’s another Mike Pence gem: In Indiana possession of even a small amount of cannabis is punishable by 180 days in jail and a $1,000 fine.

Decades of indoctrination by our government that marijuana is a gateway drug have hurt Americans and the Republican Party line.  To not support medical marijuana, which certainly helps people – veterans especially – suffering from PTSD and other debilitating diseases, is absurd. A panel of House Republicans this year removed language from a federal appropriations bill that sought to expand medical cannabis access to eligible military veterans.  How un-American is that?

The federal government can’t regulate everything under the sun—and usually that would be appealing to Republicans but this age-old concept hasn’t seemed to penetrate. When it comes to cannabis, Republicans aren’t looking for new ideas; the War on Drugs serves them just fine.  I don’t mean to be unnecessarily glib but there is a sharp disconnect between position and policy. The GOP has rejected cannabis reform, and the reason for said denunciation is intellectually dishonest.

Faith-based. Scientifically unfounded. The Republican Party has veered even more right than Christian conservatives would have hoped, pushing the GOP to adopt a pro-life, anti-LGBT rights platform.  Anyone who is socially moderate cannot be caught in the GOP’s web, and what a tangled web they weave.

Republicans today adopt a traditionalist view of child rearing while describing coal as a “clean” energy source. Regarding “therapy” for gay minors, the Party supports the right of parents to determine the proper medical treatment and therapy for their minor children after “praying the gay away” proves futile.  From marriage equality to abortion and marijuana, many of the social “wedge” issues used by the GOP have become extremely unpopular and unsupportable.  Now what?

The GOP’s appeal is unremittingly limiting, alienating voters from sea to shining sea.  For someone like myself who has fought in the trenches for criminal justice reform and on behalf of veterans and children needing medical cannabis to survive, it seems obvious to me that we must be critical of Republicans the same way their holier-than-thou outlook is critical of us.