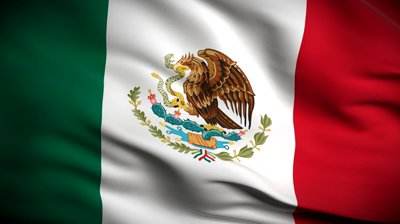 The political turmoil in Mexico that culminated in the Revolution of 1910 led to a wave of Mexican immigration to the United States. The prejudices and fears that greeted these immigrants also extended to their means of intoxication: marijuana use. As the story goes, Mexicans introduced to American culture the recreational use of marijuana and the drug became associated with the anxiety over these newcomers. Anti-drug campaigners warned against the encroaching “Marijuana Menace,” as crimes from the Spanish-speakers were attributed to marijuana and the Mexicans who used it.  Never mind the fact that Americans had been cultivating and imbibing weed since the American Revolution.

Fast forward to 2016 when legal marijuana in states like Colorado and Washington have paralyzed the profits of Mexican drug cartels. Legalization shrinks the black weed market while the latest data from the United States Border Patrol shows that last year, marijuana seizures along the southwest border fell to their lowest level in at least a decade. Agents confiscated about 1.5 million pounds of marijuana at the border, down from a peak of nearly 4 million pounds in 2009.

This shouldn’t come as a surprise to readers.  Those who understand the economics and mechanics of legalized pot know that by regulating the substance, illegal manufacturers and distributors lose out. I’ve always said that a well-regulated legal substance is better than an illegal one. Mexican producers of marijuana cannot compete with states that have legalized, where residents now have safe access to reasonably affordable medical marijuana and recreational cannabis.

Are Mexicans on the losing side of history again? The quality of marijuana produced in Mexico is thought to be inferior to the cannabis produced domestically in the United States.  Mexican cartels can’t keep up with American’s demand to produce higher-quality pot.  While Mexican marijuana can be grown in mass quantities, some argue that its final potency cannot compete with plants currently grown in controlled indoor conditions stateside.

Consumers are becoming more discriminating in their pot preferences, and it remains to be seen whether the Mexican drug cartel can keep up with the demand for refined varieties. Growers in California, for example, produce marijuana that is powerful and mold-free, tastes smooth, and has a pleasant smell.

The drug cartels are all about quantity over quality in large part because that is the economic model that had historically worked for them.  But pot connoisseurs – who are becoming increasingly common – want a plant with complexity to detect sweet and spicy flavors, as well as hints of sandalwood, citrus, mint, and pine. Ten years ago, marijuana smokers in the United States bought whatever their dealer had. Now they can select from several hundred types of strains of high-quality cannabis.

The growing legalization of marijuana in the United States has pinched one of the biggest exporters of weed.  National legalization could put the Mexican drug cartel out of business. But we are a long way from rescheduling cannabis, let alone legalizing the plant. Republican presidential frontrunner Donald Trump has vowed to build a wall along the Mexico-United States border arguing that it would help stop the drug epidemic but he’s not talking about pot; his main enemy is heroin. And you believe what he says, right?  Stay tuned.