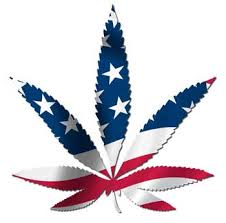 Your guide to the 2016 presidential nominees wouldn’t be complete without assessing the frontrunners and their positions on pot.  Let’s weed through the top choices to determine which politician, or reality TV star as the case may be, are key to finding a pot of green gold at the end of the rainbow.

Bernie Sanders: Marijuana consumers would be far better off under a President Bernie Sanders than under a President Hillary Clinton. More than 77 percent of Millenial Democrats and almost two-thirds of Millenial Republicans agree with the Vermont Senator that marijuana should be legal and regulated. Sanders’ issues page is dedicated to Drug Policy, where he supports “legalized [marijuana] for medicinal use” and “ending the federal prohibition on marijuana.” Sanders’ proposed bill would essentially treat marijuana much like tobacco and alcohol. His is by far the most progressive of the three Democratic candidates. I’m often asked about Sanders’ genuineness and authenticity surrounding his pro-marijuana stance. Marijuana reform advocates feel the Bern because his pro-pot viewpoint has never been tied to political advancement.

Hillary Clinton: Hillary isn’t the great green hope that many thought she would be. The former Secretary of State supports the smallest incremental change on medical marijuana and maintaining the Obama Administration’s sit-back-and-watch approach to legalization. The former New York Senator upholds a perspective on marijuana better suited for 2000 than 2016.  Clinton doesn’t support legalization, saying, “I don’t think we’ve done enough research yet.” But the science is there. This isn’t circumstantial.  Her idea of change is to move cannabis from Schedule I (a deadly dangerous drug with no medical use and high potential for abuse, like heroin) down to Schedule II (a deadly dangerous drug with medical use and high potential for abuse, like meth). Bubba’s better half explained the states are the laboratories of our democracy and we should be learning about what works, what doesn’t work.  If you can tell me what that means, I would invite you to sit second chair during my next big trial.

Donald Trump: If you don’t like Hillary on the marijuana issue, you’ll love Donald Trump, assuming you’re not Mexican or a race other than white. The business mogul is going to brand marijuana with a Trump seal of approval. It’s going to be “huge.” In late 2015 Donald Trump softened his tone on marijuana legalization, saying at a political rally that states should be allowed to legalize marijuana if they chose to do so. “In terms of marijuana and legalization, I think that should be a state issue.” The Chairman and President of the Trump Organization understands that legalized marijuana has pumped millions of dollars into state and local coffers and created tens of thousands of jobs. “Marijuana is such a big thing,” Trump said at a rally inNevada last year. “I think medical should happen … And then I really believe we should leave it up to the states.”  The media tycoon’s stance is embraceable:  “We’re losing badly the war on drugs.  You have to legalize drugs to win that war. You have to take the profit away from these drug czars.”

Marco Rubio: The senator from Florida’s numbers dropped faster than temperatures in the Northeast. Rubio is racing to the bottom of the discarded Republican presidential nominees pile after being politically assaulted by New Jersey Governor Chris Christie. Nevertheless, he is the Great Establishment Hope at this point. “I don’t think legalizing marijuana or even decriminalizing it is the right decision for our country.”  Rubio professes to be open to medical marijuana, provided the substance has been through an FDA vetting process. He explained that he would also enforce federal law where states have legalized pot. He claims that the drug alters the mind. I’m pretty sure smoking tobacco, drinking alcohol, and guzzling Ambien and Oxycodone have destructive neurological and pulmonary effects but those items are all legal.