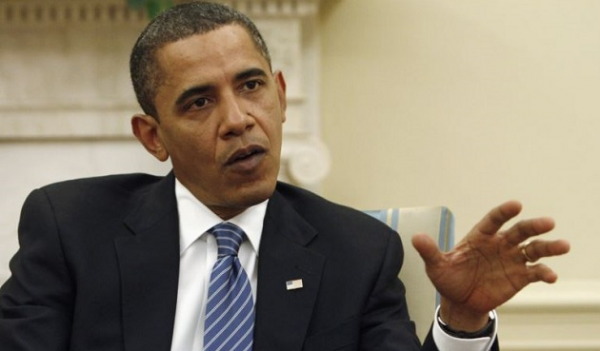 As a genuine Obama believer via my 2008 vote, I dreamed of a presidency where Barack Obama signed a bill ending the War on Drugs.  Alas, my dream remains a fantasy more likely unearthed in a new Breaking Bad episode where the President runs an international drug cartel.  Hint: Hold tight to this Breaking Badmetaphor for just a moment.

When it comes to cannabis reform, I would describe the last eight years as the “Purgatory Presidency,” where the souls of dead social issues are wrapped up as a chain around our necks.  POTUS can barely tread the rising waters of anger and discord among so many confused Americans.

Consistent with this speed, President Barack Obama’s administration asked the U.S. Supreme Court last month to throw out a lawsuit filed by Oklahoma and Nebraska seeking to block Colorado’s voter-approved law legalizing recreational marijuana use by adults.  Nebraska and Oklahoma said marijuana is being smuggled across their borders and drugs threaten the health and safety of children.  I wonder, then, if these states are considering suit against Big Pharma and Big Tobacco, whose products certainly threaten the health and welfare of our nation’s youth.

The Justice Department’s top lawyer said in a brief filed Dec. 16 that the interstate dispute over a measure approved by Colorado voters in 2012 does not belong at the high court.  Don’t mistake this rhetoric for POTUS sanctioning pot.

The Obama administration’s active engagement to end the lawsuit does not signal acceptance for other states looking to legalize recreational use. This urging for SCOTUS to stay away from Colorado is not a breakthrough.  Instead, he is his own self-appointed Executive Peanut Gallery.

Obama et al. have refused to budge on marijuana’s Schedule 1 status. Schedule I recognizes no medical use, disregarding both medical evidence and the laws of nearly half of the states that have legalized marijuana in some capacity. I dare to say that there is not much to distinguish Obama from the Republican presidential candidates concerning federal pot policy. Both are against rescheduling the plant.

The Obama administration has been opposed to making marijuana use legal despite prominent members of Congress insisting he remove marijuana from the federal Schedule I.  All Obama has to do is instruct the Attorney General to delist or classify marijuana in a more appropriate way, at the very least eliminating it from Schedule I or II.

People think the Democrats will change federal marijuana policy yet there is no question President Obama (D) has launched a government-wide crackdown on medical marijuana.  The Obama administration has unleashed a multi­agency suppression on cannabis that goes far beyond anything undertaken by George W. Bush (R). If you brand people by their actions, you will never be misled by their words.

Back to my Breaking Bad idea that started this discussion: As Obama sits in the Oval Office, Jesse Pinkman appears at the door with an ever so slight bow and says, “Mr. President, when it comes to cannabis, stop being a bitch.”