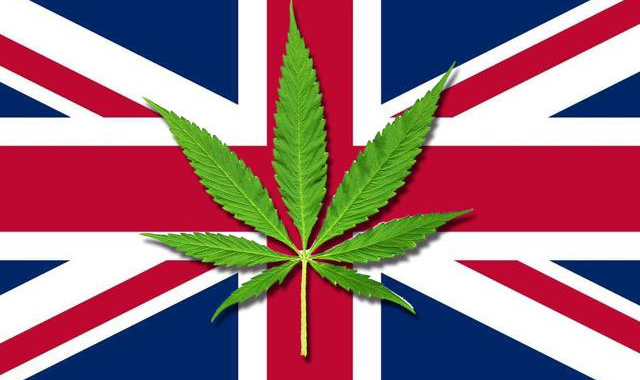 From Notting Hill to Piccadilly Circus, over 203,000 people have signed a petition on the British government’s website to “make the production, sale and use of cannabis legal.” (All petitions that pass 100,000 signatures are considered for a debate in the House of Commons.)  This huge number of signatures automatically forces the topic to be deliberated.

The plea – mostly from an ardent group of supporters on social media – calls for the total legalization of cannabis. The United Kingdom cannabis lobby has never been more organized, and many younger factions are angry and outraged that the UK missed out on the chance to be at the forefront of developing marijuana as a medicine.

The signers contend that legalizing cannabis could bring in £900m in taxes every year, save £400m on policing cannabis and create over 10,000 new jobs.The text of the petition describes the drug as “a substance that is safer than alcohol, and has many uses. It is believed to have been used by humans for over 4,000 years.”

Why police something most people find harmless?  London is calling and they want their personal liberties back. In February, a British political party called Cannabis Is Safer Than Alcohol (CISTA) formed and repeated the benefits that Colorado has enjoyed, advantages like job creation and increases in tax revenue.

Importantly, the petition and its associated press attention is one of the first times in modern history British subjects (pardon the expression) are being educated on the merits of drug law reform in a way that serves as a groundswell of support for legalization.

The problem is the Conservative government has set out a hardline position on drugs. The Tory administration issued a brutal response to the petition, which says it has no plans to end the war on drugs.

Britain first outlawed cannabis in 1925.  Today cannabis is an illegal Class B drug, meaning it is considered similar to amphetamine (speed), ketamine (anesthetic drug) and Quaaludes. Possession of marijuana could result in Her Majesty’s Pleasure a.k.a. being incarcerated for up to five years in prison.  The government’s official reply admits that legalizing pot could significantly boost tax dollars but says, “Substantial scientific evidence shows cannabis is a harmful drug that can damage human health.”

In response to the lobby, the British government maintains, “Legalization of cannabis would not eliminate the crime committed by the illicit trade, nor would it address the harms associated with drug dependence and the misery that this can cause to families.”  Many in the UK have called that response “fatuous” and “misleading.”

The British government can slam the petition to legalize weed all they want but they cannot repress a people who know public policy favors legalization. Afternoon tea at the Palm Court in The Ritz, London would be much more pleasant with a toke containing the highest quality marijuana.