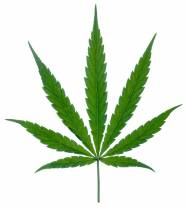 Brittany Maynard, a 29-year-old who had terminal brain cancer, took medication to end her life on November 1 under Oregon’s “Death with Dignity Act.”  The bill allows terminally ill patients to receive medication that will let them die on their own terms.

Passage of the Death with Dignity Act made Oregon the first U.S. state and one of the original jurisdictions in the world to permit some terminally ill patients to determine the time of their own death.  The measure was approved in 1994 and according to Wikipedia, 627,980 votes (51.3%) were cast in favor, 596,018 votes (48.7%) against.  The ballot initiative only required a simple majority to pass, and pass by a very slim margin it did.

At the time of the vote on this Oregon initiative, a considerably larger percentage of voters polled were in favor of the right of an individual to make these kinds of end of life decisions.

Florida’s Amendment 2, which would have legalized medical marijuana in the state, also had popular support among voters on November 4 (58% voted in favor of it) but in the end, Floridians rejected it.  Actually, rejected is too harsh and inaccurate a word.  Since the measure would have altered Florida’s constitution, supporters needed 60% for the question to pass.  Clearly Florida had to overcome more extreme odds than Oregonians did with the Death with Dignity Act.

The law regarding marijuana in Florida today is in direct conflict with the will of the people.  More Floridians approve of medical marijuana than Oregonians support medically assisted suicide, according to the ballots.  It is therefore with deep sorrow that I must tell you a vote sometimes is not the effective instrument we lionize it to be.

A majority of Floridians voting “yes” on Amendment 2 is confirmation of medical marijuana’s broad approval.  Too bad the Sunshine State is the only state that requires 60% to pass a ballot initiative, which in turn means if you’re going to pass a constitutional amendment in Florida, you have to have bipartisan support and bipartisan outreach.

GOP mega-donor and the eighth richest man on the planet, Sheldon Adelson, made marshaling bilateral support for Amendment 2 tremendously difficult.  Adelson put $5 million toward the opposition, accounting for roughly 85% of the total funding of the campaign to defeat the measure, according to The Washington Post.  Did Adelson, a Nevada resident, just make Florida his bitch?  If you voted against Amendment 2 because of an advertisement, you have to live with that decision, an unfortunately, so do a lot of ill patients who seek relief by way of medical marijuana.