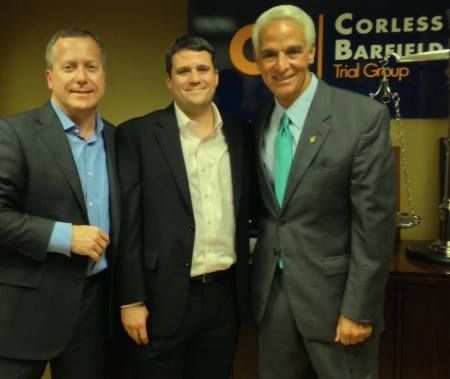 Floridians will have a chance to vote on legalizing medical marijuana, the state’s Supreme Court narrowly ruled Jan. 27.  The court approved language for a proposed constitutional amendment that would legalize marijuana for medical use, guaranteeing the measure a spot on the state’s November ballot.  Charlie Crist, the former Florida Governor and newly minted Democrat who is now running against incumbent GOP wag Rick Scott, said publicly he “will vote for it.”

We have a chronic political problem in the United States: Republicans lower their blood pressure and get critical cardio exercise by endorsing “less government,” but fight till the death to make medical decisions for the masses. Par example, Florida Attorney General Pam Bondi and the state’s Republican leadership sued to block a vote on medical marijuana, arguing that the ability of a doctor to prescribe weed for “debilitating” illnesses was too vague.  There is no intelligible reason why the state should care how the word “debilitating” is demarcated.  Are there legislative parameters that authorize doctors to recommend Ritalin, Prozac, Methotrexate, and oxycodone only to patients who suffer from “debilitating” diseases?  I didn’t think so.

In her filing to the state Supreme Court, Bondi complains that it will be a physician that will make the determination as to whether someone has a debilitating condition.  The GOP gets an acute shock at the thought of a qualified practitioner of medicine deciding what medication and treatment is best for their patient. If the determination didn’t involve medical marijuana, would there be any question about this? Chief Justice Ricky Polston, one of the Sunshine State’s highest judges, expressed his disgust at the initiative.  Oh dickey Ricky, if my doctor believes cannabis is useful in lieu of addictive and deadly opiates for my medical condition, what fucking business is it of yours?  Consider too that because the majority of those in the GOP boast about their University of Phoenix online degrees, they have no basis to comment upon the efficacy of marijuana as a medical aid.

Charlie Crist, once dubbed “Chain Gang Charlie” for his tough-on-crime stands, says he supports legalizing marijuana for medical uses.  (In an ironic twist of fate, Crist as Governor appointed all three Florida Supreme Court judges who voted unsuccessfully to kill the medical marijuana ballot measure.)  In a rare opportunity to discuss this topic directly with Candidate Crist, I asked him whether he believed the Florida Legislature should act to define the term “debilitating” or whether Florida residents should be permitted to work with their physicians to consider all treatments, including pot.  Without missing a beat, Crist said, “I believe this issue should be decided by patients and their doctors, not by politicians.”  As a student of the green revolution, I know in my veins that Crist got it right while Rick Scott’s campaign remains on life support.