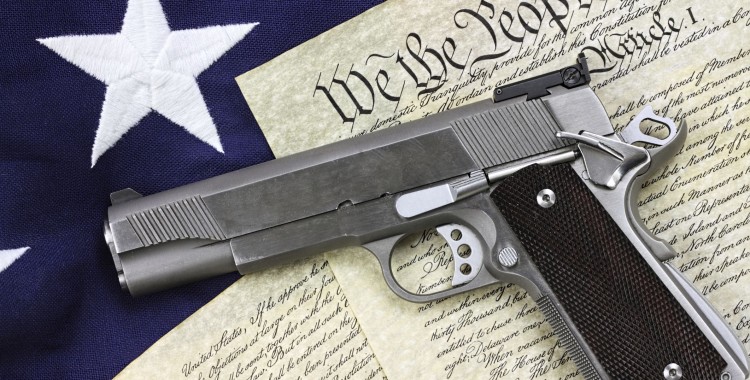 Fifty-four-year-old Theodore Wafer (he gives us guys christened “Ted” a bad rap) fatally shot nineteen-year-old Renisha McBride, an African-American woman on Nov. 2 in Dearborn Heights, a predominantly white suburb of Detroit.  An inebriated McBride crashed her car and wandered on to Wafer’s porch.  Wafer has told investigators that he thought someone was trying to break into his home when he accidentally discharged his shotgun.  Wafer has been charged with second-degree murder in Michigan, a “stand your ground” state.

Chad Wallin-Reed was found guilty of first-degree murder in Nevada this past September.  He was convicted of shooting unarmed twenty-year-old Rory McGuire in the head with an AR-15 assault rifle after catching McGuire and his friends stealing solar lights from his property.  Wallin-Reed—a husband and father of three young children—claims he was trying to protect his family from burglars.

Miami’s Ernesto Che Vino fired at two Florida Power & Light workers who had entered his yard to cut power due to unpaid bills.  A judge tossed out the charges, saying that under stand your ground, Vino had a reasonable fear for his life.

Forty-five-year-old Michael Dunn fatally shot seventeen-year-old Jordan Davis in a gas station parking lot after an argument police say was started over loud music.  Dunn is currently charged with the murder of Davis.  Investigators add there is no indication that Davis or the other students inside the SUV had any weapons.  Dunn is planning to invoke Florida’s “stand your ground” law that allows people to use deadly force without any obligation to retreat first.

All these cases leave us wondering what could have been for lives cut short too soon.  But enough melancholy.  Let’s get down to the business of trying to repeal these acerbic laws made famous by the Trayvon Martin case.  Stand your ground laws, on the books in at least 22 states, change the legal definition of self-defense for citizens who feel they are being confronted with deadly force or imminent danger, canceling their duty to retreat and peacefully end an incident.  In practice, “stand your ground” really means shoot first and ask questions later.

Gandhi once said, “A duty well performed creates a corresponding right.”  Every right also creates a corresponding duty.  The right to “keep and bear arms” under the Second Amendment does not eliminate a duty to use reason before brandishing a firearm.  The most passionate defenders of the Second Amendment are committed to the safe and proper use of firearms.  Irresponsible uses of weapons equip gun control advocates with arguments for greater limits on our freedoms.  Stand your ground laws do not mean you should forgo logic and point a gun at another human being to end his or her life.  Remember, we do not point guns at people to get a reaction; we point gun to kill.  If you do not know that simple rule, you have no business reaching for a gun at all.